Stenson set to assert himself on final day at Wentworth

Open champion can handle the pressure 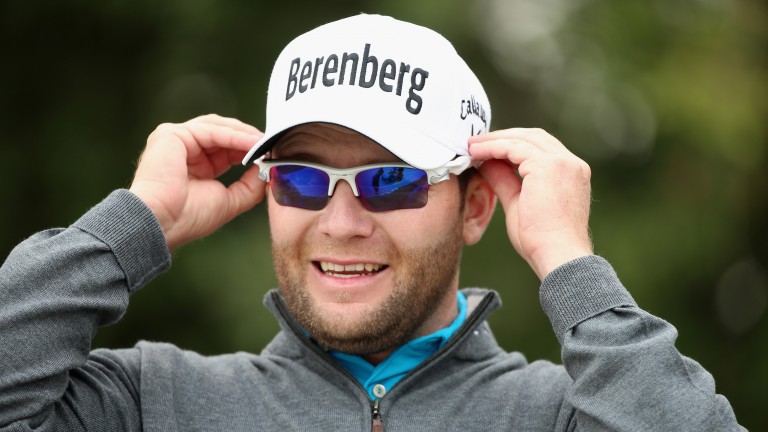 Australian raider Andrew Dodt was a general 250-1 for the BMW PGA Championship ante-post, but the unheralded outsider will take a one-shot lead into the final round at Wentworth.

Dodt carded a four-under-par third-round 68 on a day when most players in the field were shooting over-par, allowing him to overtake the more illustrious names on the leaderboard.

Dodt is a best-price 6-1 to convert his slender advantage into victory. The 31-year-old has won twice on the European Tour, but both were low-grade events (2010 Avantha Masters, 2015 True Thailand Classic) and the PGA would be the best title of his career by a long way.

Branden Grace, the world number 26 and pre-tournament 35-1 chance, is alone in second place. The South African, winner of seven European Tour titles, is no bigger than 23-10 for a first PGA victory.

The ante-post market leader is struggling to justify his status. Justin Rose, 12-1 favourite at the outset, is level par and eight shots behind. Henrik Stenson, 14-1 on tournament eve, is still well in the hunt. The Open champion is in fifth place, four shots adrift of Dodt.

Andrew Dodt would join the list of shock PGA Championship winners if he managed to get the job done today. The likes of Andrew Oldcorn, Scott Drummond and Simon Khan have won this famous tournament in the not too distant past, and Dodt dotting up would be another surprise.

Easy conditions are forecast for the final round at Wentworth – a cloudy, windless day awaits – so those behind Dodt on the board should make plenty of birdies. Expect a charge at the leader before he even tees off.

The European Tour may be hoping that Branden Grace does not win. Grace was given a free drop from a bunker in round one which was branded “ridiculous” by Paul McGinley and many others. Grace complained that his feet were touching the rubber base of the sand trap, convincing a referee to allow him to pick up his ball from a plugged lie in the face of the bunker and drop to a clean one.

Grace took advantage of that situation and has gone on to claim Sunday favouritism. He is working with a new caddie this week, having recruited Danny Willett's former bagman Jon Smart, and the results are positive.

Grace is the most likely winner, but of no interest at such a short price. He is winless for more than a year and has been unimpressive for most of this season.

Lee Westwood is difficult to trust these days – the 44-year-old is vulnerable over short putts – and Francesco Molinari usually tightens up significantly at the business end of tournaments. The shape of the leaderboard gives Henrik Stenson a golden opportunity of kickstarting his season.

Stenson has struggled to get going this term, which is not surprising after his amazing 2016. The Swede became a Major champion last year and played some awesome golf, but 2017 has been full of sloppy golf. Wentworth is a good place for this class act to rediscover focus and form.

Without finding top gear, Stenson has moved to fifth place, making the most of every round. There is nothing worse than a bogey on his scorecard through 54 holes and his flawless third-round back-nine of 35 bodes well for Sunday.

Stenson showed signs of life last time out in the Players Championship, sharing 16th place, and the PGA title looks in his grasp if he gets among Dodt and company early in the round. The best player in the field is only one shot off third place with 18 holes to go, yet almost a double-figure price.

Final-round twoball punters are pointed towards Shane Lowry and Tyrrell Hatton. Lowry has been in the thick of things at Wentworth many times before and is likely to approach Sunday with confidence. The Irishman should know too much for Japanese debutant Hideto Tanihara (12.50pm), while Hatton can win an all-English battle with Andrew Johnston (12.20pm).

Hatton has been in excellent nick all season, contending for US Tour titles, while Johnston has been sliding down the world rankings. The first three days of the PGA have convinced bookmakers this will be a tight twoball, but the evidence of 2017 as a whole indicates Hatton will leave his compatriot well behind.

The final twoball of Dodt and Grace tees off at 1.10pm. Molinari and Westwood board the first tee ten minutes earlier.