Stenhousemuir set to continue their revival 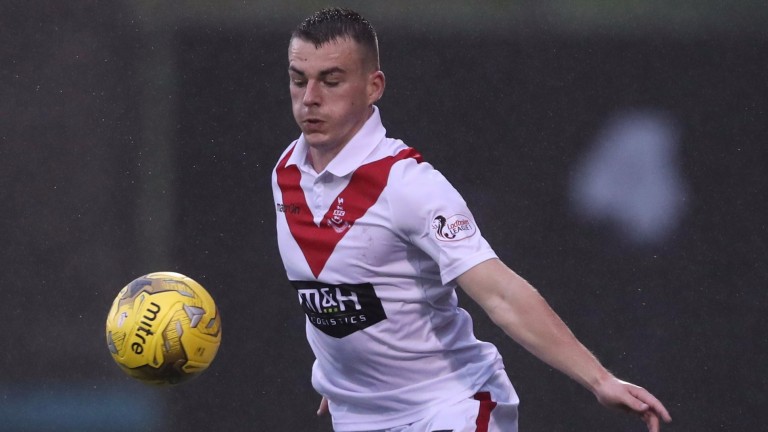 Stenhousemuir can get a vital win today at Airdrie and give themselves a real chance of beating the drop from Ladbrokes League One.

The Ochilview side have been battling relegation for the entire season, but there are signs that manager Brown Ferguson is turning it around.

Last week they faced Alloa, who are the form side of the division, but Stenny were very unlucky to lose.

Now they meet an Airdrie side who are apparently in disarray. Fans aren't happy with their young boss Mark Wilson and, for a full-time side, they should be doing much better.

They've lost four of their last five games and have conceded nine goals in their last two matches against Stenhousemuir, including a disastrous 5-0 defeat at home against them in December.

The Warriors have a better squad than they had then and can win against the Lanarkshire side, who have claimed victory just once at home at their Excelsior Stadium since November.

St Mirren can continue their unlikely climb away from the drop in Ladbrokes Championship with a win at Queen of the South.

The Paisley side looked utterly doomed after being marooned at the bottom of the table, but boss Jack Ross has given them hope.

A midweek win against Dundee United means they are within a point of Ayr United and will fancy their chances at Palmerston Park.

South have no chance now of making the playoffs but they are safe. Their season is effectively over and they have little to play for.

That's certainly not the case for the Saints, who are getting it together as they try to complete a great escape.

With Stevie Mallan in form, St Mirren will be confident of getting another three points on the board in Dumfries.

Peterhead can grab a win in Coatbridge against an Albion Rovers side in freefall.

The Wee Rovers have been punching above their weight for a long time, but a recent poor run of form has seen them dragged into a Ladbrokes League One survival battle.

Since losing to Celtic in the William Hill Scottish Cup, Rovers have gone seven games in a row without a win.

Their defence looks leaky and Peterhead, with lethal striker Rory McAllister on board, will fancy their chances of grabbing a second win at Cliftonhill this season.

The Blue Toon aren't safe either, but a win would help the cause.