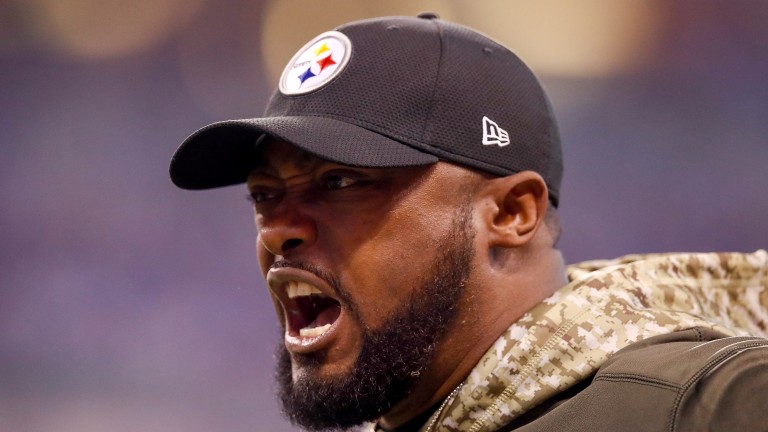 Best bet
Pittsburgh -5
The Steelers appeared to live up to their name when news broke that star running back Le’Veon Bell had missed the deadline to report to the team after his contract holdout and was ineligible to play for the rest of the season. Pictures emerged of teammates raiding Bell’s locker and sharing out his training shoes.

While fans were reassured that his possessions will be sent on, the players who have actually turned up for the Steelers this season have rallied together and done a fine job which they can continue in Jacksonville.

Mike Tomlin’s team have won five in a row, with dominant performances at both ends of that run – a 41-17 thrashing of Atlanta and last week’s 52-21 demolition of Carolina.

While Pittsburgh would be ranked among the top teams in terms of spirit and togetherness this season, the Jaguars are near the bottom.

The team who were within minutes of reaching the Super Bowl last season have lost five games in a row either side of their bye week which followed their Wembley defeat by the Eagles.

The Jags hope to have cornerback AJ Bouye back after two weeks out but they are set to have their fourth different starter at left tackle this season with Ereck Flowers coming in for the injured Josh Walker.

Next best
Arizona -4.5
Arizona and visitors Oakland have won only three of their combined 18 games this season but the home side could land their third success of the season to leave the Raiders on course for the top pick in the draft.

Some would argue that is what the Californian club have been after with some of their moves this season, such as trading away key men Khalil Mack and Amari Cooper for draft picks.

The Raiders’ sole win came in an overtime 45-42 success over Cleveland, who looked to have won that game more than once and were denied by some controversial officiating.

The Cardinals looked a team to avoid early in the season and while both of their wins were against San Francisco, there were more promising signs in their understandable defeat to Kansas City last week.

Arizona’s pass-rushers should enjoy some success against the Raiders offensive line and running back David Johnson is getting back to top form too.

Best total points bet
Over 52.5 points in Tampa Bay at New York Giants
The Buccaneers and Giants have been two of the least consistent teams in the league this season but it looks easier to predict that there will be plenty of points when they meet in the Big Apple.

The Bucs have conceded more points than any other team in the league (291) even though some sides have played one game more than them.

Their injury-hit linebacking corps should be vulnerable to Giants running back Saquon Barkley and Odell Beckham will sense the opportunity for more touchdown catches after scoring twice in the Big Blue’s win over San Francisco.

After being terrorised by Browns rookie running back Nick Chubb they won’t relish facing back-to-form Dallas ace Ezekiel Elliott, who romped for 151 yards and a touchdown on 19 carries against Philadelphia.