Steelers are yet to find their stride 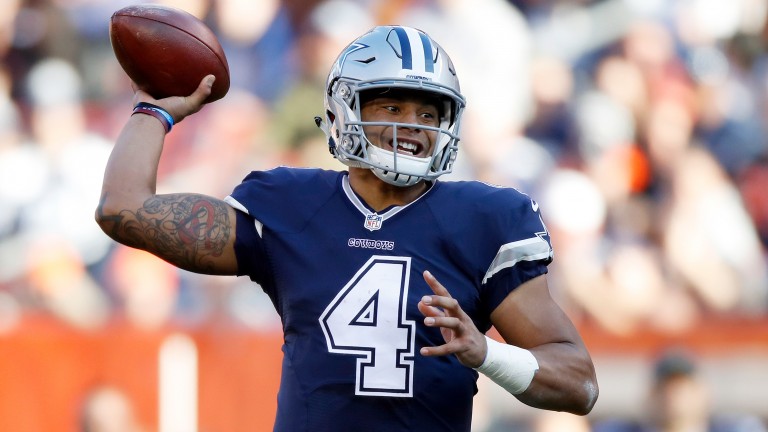 The Cowboys are going to have to decide whether to recall injured quarterback Tony Romo before long, but rookie Dak Prescott has been playing so well that he should keep his place at least for the clash in Pitttsburgh.

Dallas have not suffered a reverse since the opening week of the season and it is somewhat surprising to see them chalked up as underdogs against the inconsistent Steelers.

Pittsburgh have struggled to find their rhythm since quarterback Ben Roethlisberger suffered a knee injury in Week Six, but even before then they suffered a crushing defeat to Philadelphia.

Their offence, which has the potential to be one of the strongest in the league, was shut out for three quarters of their game against Baltimore last week.

And despite Dallas suffering key secondary injuries to safety Barry Church and cornerback Morris Claibourne, it could be another frustrating week for Steelers running back Le’Veon Bell and star receiver Antonio Brown.

The Cowboys have not conceded more than 23 points in any game this season and while Prescott has been the surprise package, running back Ezekiel Elliott is living up to high pre-season expectations.

The rookie rusher leads the league in yardage and has clocked up at least 90 yards in each of his last six games.

Pittsburgh’s rushing defence has been exposed by Miami’s Jay Ajayi and New England’s LaGarrette Blount and this could prove to be another difficult encounter for them.