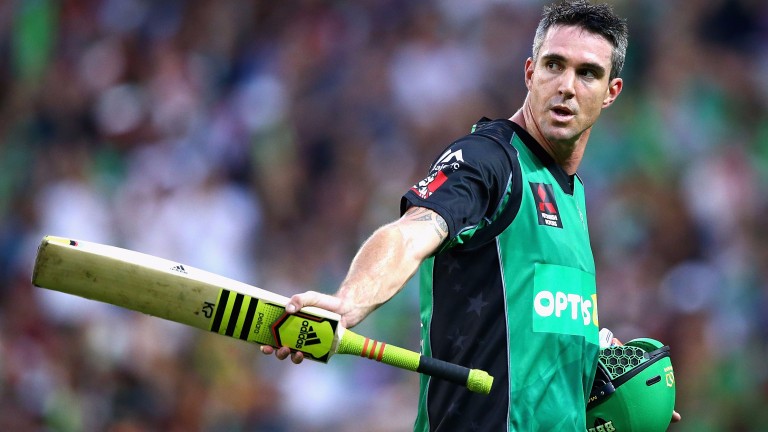 Kevin Pietersen is not the only dangerman for the Melbourne Stars
Robert Prezioso
1 of 1
By James Milton 8:44PM, JAN 13 2017

A mouthwatering fixture in the Big Bash sees Perth Scorchers take on Melbourne Stars and the Scorchers are 4-5 favourites to claim a fifth win in seven games.

Stars opener Rob Quiney, who loves the razzmatazz of the Bash, has been in cracking form this season and is value at 7-2 to top-score.

He made 31 in the Stars’ nervy victory over the Strikers last time out – just one run fewer than Kevin Pietersen and tailender
Ben Hilfenhaus, who dead-heated for top-runscorer honours in a low-scoring clash.

Quiney’s runs against the Strikers came off just 17 balls with six boundaries while his other two innings were 51 off 30 deliveries against the Renegades and a brutal knock of 75 against Hobart Hurricanes.

Michael Klinger, who made 81 of 156 in the Scorchers’ win over Brisbane Heat last time out, is 11-4 to top-score again.