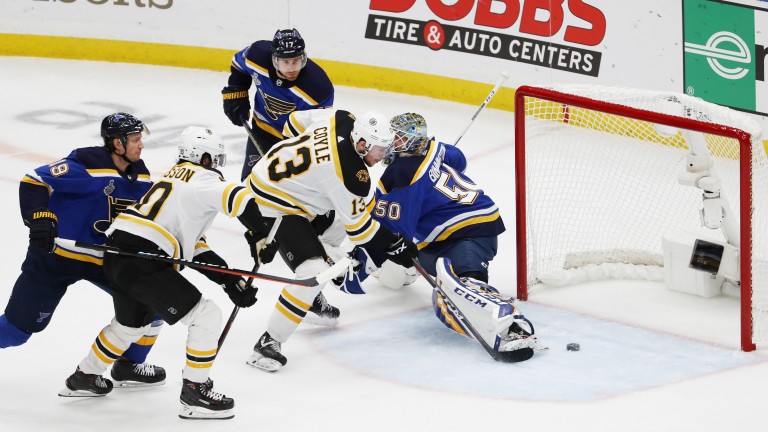 The Stanley Cup finals return to Boston with the series tied at 2-2 between the hometown Bruins and St Louis Blues.

The Bruins have posted two impressive victories in this series but on both occasions the Blues have picked themselves up and hit back.

After falling 2-1 down in the best-of-seven series via a 7-2 loss in the first playoff final match in St Louis for 49 years, the Blues might have been expected to fall apart.

But they dug deep, and two goals from centre Ryan O'Reilly helped St Louis to a 4-2 win.

It was a particularly important result for Blues stopper Jordan Binnington after the rookie was pulled in game three after giving up five goals from 19 shots.

Boston are sweating on the fitness of captain Zdeno Chara, who took a puck to the face and did not return to the ice during Game Four.

The loss of the giant Slovak would hurt the home team, particularly when killing off penalties, and they are also likely to be without fellow defenceman Matt Grzelcyk.

But if the 42-year-old Chara is out then Boston may elect to play a higher-tempo game, which could surprise St Louis in what has been a bruising, physical series.

There have been plenty of goals in the series and the scoring has been shared around.

Charlie Coyle took a while to settle in with the Bruins having been acquired at the trade deadline, but he has come alive in the playoffs and could be a bit of value to score for the tenth time this postseason.

The Massachusetts native has potted three goals this series playing on a forward line that has caused St Louis plenty of problems.