Take Boston to force a decider 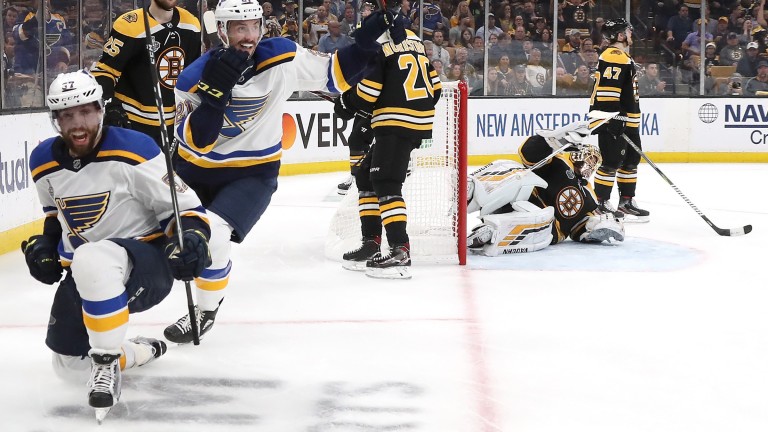 St Louis took the lead in the Stanley Cup finals series for the first time with a 2-1 victory in Boston on Friday, and they take to home ice with the chance to lift the trophy if they win Game Six.

The Blues are 3-2 up in the best-of-seven series and are quoted at 4-11 to win the Cup for the first time.

However, it may be worth backing the Bruins to take the series to a decider in Boston.

The home side outshot St Louis 39-21 in Game Five, while the Blues' second goal was scored seconds after Boston's Noel Acciari was tripped up in a move that could easily have seen St Louis forward Tyler Bozak penalised.

Bruins captain Zdeno Chara played despite nursing a broken jaw and it remains to be seen whether the huge defenceman will make the trip to Missouri.

St Louis could be forgiven for being a little distracted with the ultimate prize within sight and Boston can be expected to exploit any nerves.

The Bruins were down 3-2 in their first-round series against Toronto but rallied to win the final two games and that experience should stand them in good stead.