Royals should put up a fight for big boss 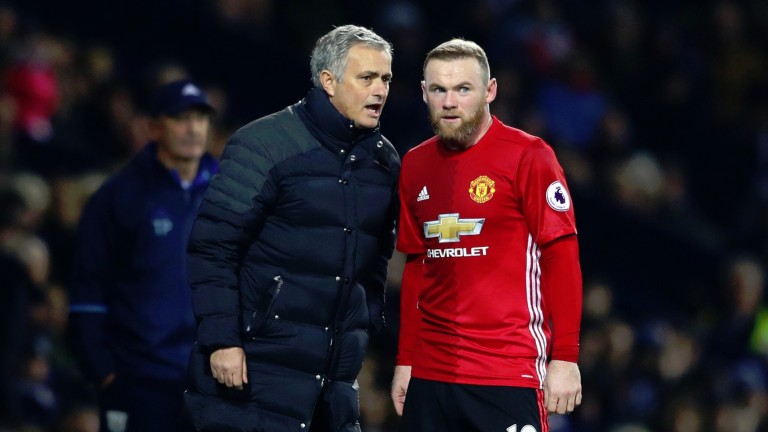 Wayne Rooney is set to start against Reading with boss Jose Mourinho likely to ring the changes
Michael Steele
1 of 1
By Mark Langdon 7:52PM, JAN 6 2017

Giant centre-back Jaap Stam was a rearguard rock for Manchester United during his time in English football and the Reading boss will be hoping his defence stands tall at Old Trafford in the FA Cup third round.

Defeat is likely for Stam's Sky Bet Championship raiders but they may still be able to put up a decent fight, at least initially before the class of United tells and backing the second half to produce the most goals could be a worthwhile wager.

There's not much to get excited about in the match betting where United are available at 1-4 and they should oblige even if Jose Mourinho makes wholesale changes with Tuesday's EFL Cup semi-final first leg against Hull considered the more important tie.

However, Stam has quickly put together a neat Reading side who love to keep possession and may do enough to frustrate the Old Trafford regulars before tiredness sets in against superior opponents.

The Royals top the Championship's possession statistics with an average 58.4 per cent which was aided by them having 72 per cent of the ball in Monday's 3-2 comeback success at Bristol City.

They lost 2-0 at Leeds in December despite 77 per cent possession and after the Elland Road clash the big Dutchman was hugely critical of the Yorkshire outfit.

"If you need to play like that then I don't want to be a manager," said Stam although Leeds supporters chanted "boring, boring Reading" as the Royals passed the ball around their defence waiting for an opportunity to pounce.

It could be that those tactics help them avoid an early mauling in Manchester.

Reading were drawing 1-1 at Newcastle in the first half of their most difficult league away game before the Magpies landed a 4-1 success and the Royals conceded four second-half goals in a 5-0 loss at Fulham.

However, since that crushing Craven Cottage defeat Reading have tended to come on strong in the latter stages of matches with nine of their last 11 goals coming after the break.

Forward Yann Kermorgant perhaps highlights the ability of Reading to grow stronger as the match goes on with six of his seven goals coming in the second half.

This is a different level entirely though and even a complete United reserve side should come good at some stage.

Mourinho has confirmed Wayne Rooney will start and it seems logical to assume the likes of Juan Mata, Anthony Martial and Marcus Rashford could be involved seeing as they started on the bench for Monday's 2-0 win at West Ham.

Bastian Schweinsteiger could also get a decent run-out and even if Zlatan Ibrahimovic and Paul Pogba are among those to get the afternoon off this should be a home banker.

Recommendation
Second half to have most goals
1pt 21-20 Betway

Team news
Manchester United
Jose Mourinho has confirmed starts for Sergio Romero and Wayne Rooney. Eric Bailly, who is away at the Africa Cup of Nations, is the only definite United absentee.