Stalemate specialists set to share the spoils at Old Trafford

Goals could be scarce 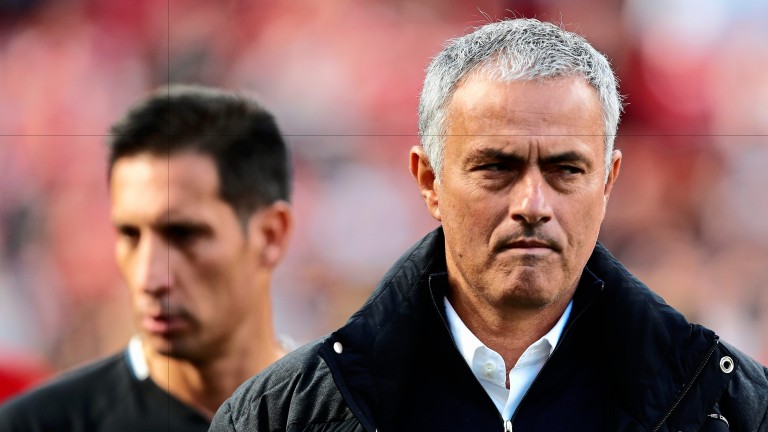 Things have not always gone smoothly for Jose Mourinho and Manchester United
Clive Brunskill
1 of 1
By Steve Davies 7:26PM, DEC 10 2016

And, to continue the symmetry, United’s home record of scored ten, conceded six is identical to that of Tottenham on their travels.
Beyond the bare statistics this match looks a close call and it is easier to make a case for the draw than either team to win.

United have been slightly unlucky not converting those draws into wins – and boy, is Jose Mourinho at pains to let us know that.

But his side are struggling to convert chances and seem utterly reliant on one man for goals, so maybe Mourinho should be looking somewhere other than at the football gods for not smiling on him.

United are unbeaten in seven and playing better now than they were earlier in the season with Paul Pogba’s contributions more telling and Zlatan Ibrahimovic on a run of seven goals in his last six.

But they flew in from Ukraine in the early hours of Friday following a 2-0 win against Zorya in the Europa League, and Mourinho, who still doesn’t seem to know his best team, is poised to unveil an eighth different centre-back pairing presuming Eric Bailly is fit enough to partner Phil Jones, a one-time liability turned Mr Dependable.

Plus there is a nagging feeling that if they are struggling to score against modest defences, how are they going to go about breaching the best in the Premier League?

And Tottenham will be even better at the back if Toby Alderweireld is restored to the heart of defence because they stopped keeping clean sheets while the Belgian was crocked.

Spurs, who used to get no joy out of trips to Fergie’s Old Trafford, have lost only once this season, and that was at Chelsea.

They battered Swansea 5-0 last week and went on to complete their Champions League campaign with a decent 3-1 success over CSKA Moscow.

Harry Kane, criticised earlier in the season for supposedly struggling, has scored nine in his last nine and Christian Eriksson, himself prolific in stages last term, is back among the goals.

Goals, though, may be scarce. United are a relatively patient side under Mourinho and Spurs won’t be taking too many risks. Under 2.5 goals must be worth considering, even no goalscorer.

By way of a boffinish footnote, the draw would also neatly extend United’s current form sequence, which reads WDWDWDW.

Tottenham
Toby Alderweireld can expect a start after recovering from a knee injury. Erik Lamela, Ben Davies and Vincent Janssen are out.