St Helens set to go marching on at Wakefield 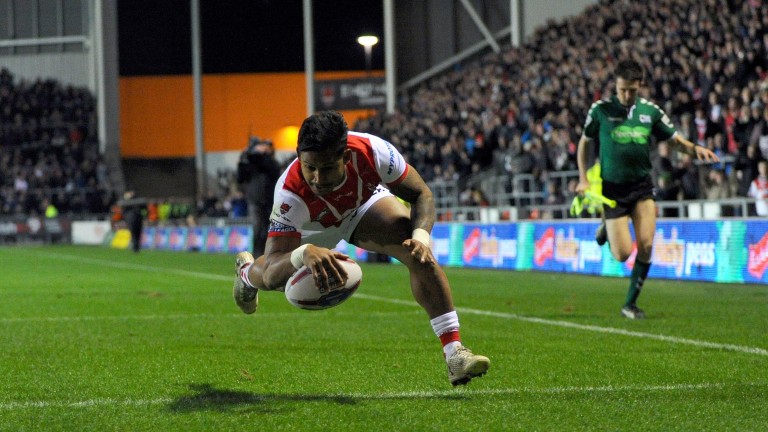 Wigan's one-point win over Betfred Super League champions Leeds on Friday cut St Helens' lead at the top of the table to two points heading into the final set of round 11 fixtures.

However, bookmakers believe the Saints will make short work of Wakefield at Belle Vue and restore their advantage.

Saints welcome back superstar full-back Ben Barba for the trip to West Yorkshire after he missed last week's win over Hull and Saints are asked to give up eight points to Trinity on the handicap.

With the mercurial Barba back in their ranks that looks well within the league leaders' capabilities as they seek a tenth win from their opening 11 games.

Wakefield began the season in fine style but injuries have begun to hit Chris Chester's men hard. Trinity have slipped to seventh in the table after five straight defeats.

Struggling duo Huddersfield and Salford do battle at the John Smith's Stadium with the Giants marginal favourites to record only a third win of the campaign. A six-point handicap has been set by the layers but this looks a tough contest to call.

In the final game of the round, last year's Grand Final runners-up Castleford are heavy favourites at home to rock-bottom Catalans, who conceded 43 points on their last visit to the Jungle.