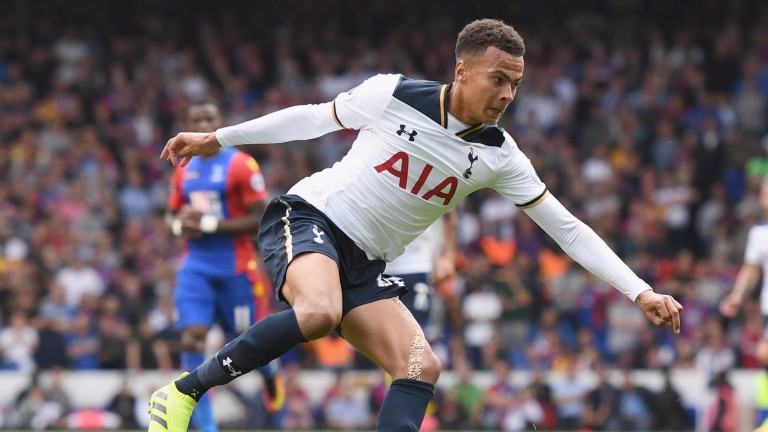 Tottenham’s struggles at Wembley have condemned them to an early Champions League elimination but the Lilywhites can sign off with a victory over CSKA Moscow.

A point would be enough to see Spurs through to the Europa League knockout stage but Mauricio Pochettino is hoping for a more convincing performance and his side are 8-15 favourites to lay their Wembley hoodoo to rest.

Spurs must get used to winning at the national stadium, where they will be playing all of their league matches next season, and approach the CSKA game with plenty of confidence after beating Swansea 5-0 at the weekend.

Harry Kane notched twice against the Swans and seems to be getting back to his best.

But it was far from a one-man show with Dele Alli impressing and Heung-Min Son and Christian Eriksen getting on the scoresheet.

Alli, Son and Eriksen were all below par during Spurs’ dip in results but are key players for and their weekend performances will have given Pochettino huge encouragement.

The other positive to come out of the Swansea game was a first clean sheet in eight games, although there was little defending to be done with the Welsh side registering just one shot off target and no corners.

Spurs were also on the front front for the majority of their 1-0 victory at CSKA on matchday two but are likely to be tested much more this evening with the Russians set to push forward in search of the win they need to qualify for the Europa League.

CSKA used a cautious, counter-attacking strategy in the early games in the group but changed tack completely last month when drawing 1-1 at home to Bayer Leverkusen on matchday five.

It was a game CSKA needed to win to retain a chance of Champions League progress and they gave it everything.

The Russians had averaged 7.5 shots per game in the first four matches in the group but produced 13 at home to Leverkusen and were unlucky not to win after dominating the last 20 minutes.

Had CSKA shown similar intent earlier in the competition, they might have had a better chance of progressing but third place is their sole target at Wembley and another attack-minded performance is expected.

Spurs’ defence – which may be reinforced by fit-again defender Toby Alderweireld – will be tested but as the game progresses there may be space for the home side to exploit on the counter-attack.

It should be an entertaining match for another big Wembley crowd – general admission tickets have been sold out – but Spurs can get the job done, even if a clean sheet may be beyond them.

The Tottenham win and both teams to score wager is priced at 5-2 and that looks worth taking.

Team news
Tottenham
Toby Alderweireld (knee) is set to return but Erik Lamela (hip) and and Vincent Janssen (ankle) are out.