Spurs could still be concussed from Juve's knockout blow

Diego Simeone would sort Arsenal out 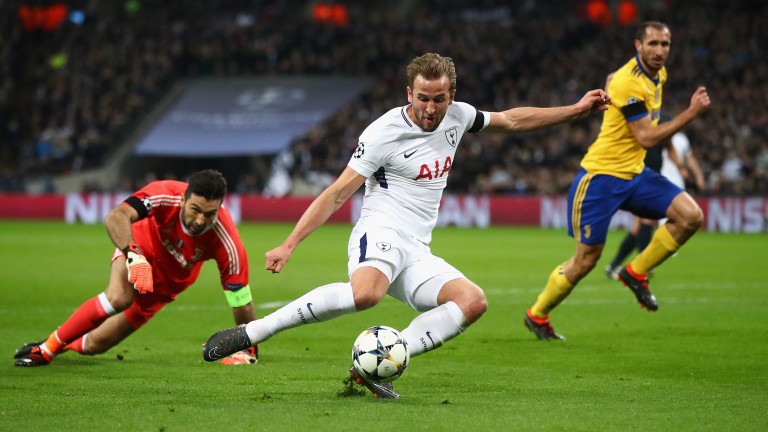 What’s your best bet of the weekend?
Swansea look a decent price at Huddersfield. Carlos Carvalhal’s men have lost only two of their last nine and last week’s 4-1 demolition of West Ham was as impressive as anything they’ve conjured up recently. Meanwhile, it’s six defeats in eight for the Terriers who occasionally nick a result but just two wins since before Christmas tells its own story.

Which favourites look the most vulnerable?
I can’t have Tottenham at Bournemouth, who have shown they are capable of testing the best teams in the land when in the mood. Wednesday night’s sickener against Juventus was an absolute hammer blow for Spurs and one that they are going to struggle to recover from. This will be their 45th match of a really challenging season.

Where’s the value in Man United v Liverpool today?
In the draw, a result that definitely suits both teams. With top spot gone and daylight between themselves and fifth, United and Liverpool just don’t need to make any mistakes as they seek a top-four finish. Jose Mourinho is a master at not losing games like this and will put everything into stopping Jurgen Klopp’s front three.

What do Tottenham need to take them to the next level?
I’m not sure this group of players can go to the next level. I seriously think this is it. They’ve challenged for a title under Mauricio Pochettino and fallen short, reached a League Cup final and lost and the FA Cup semis and come unstuck. Now this in the Champions League. You can’t dominate all but ten minutes of a two-legged tie and lose.

Who should be Arsenal’s next manager after Arsene Wenger?
It would be typical of Arsene Wenger to save his neck with a Europa League triumph. But if he goes it won’t be Joachim Low replacing him because he won’t have a full pre-season given his World Cup commitments. Diego Simeone would sort them out while Thomas Tuchel or Julian Nagelsmann would arrive in London with fine reputations and they’d suit the club.

What’s your pick of the midweek coupon?
Sevilla to qualify. They were far better than Manchester United in the first leg in Spain and unlucky to end up with a 0-0 draw. But I reckon that puts them in the box seat for the return. There’s nothing daunting about playing this United team at Old Trafford these days and if they grab the away goal which United couldn’t, then they are in the box seat.