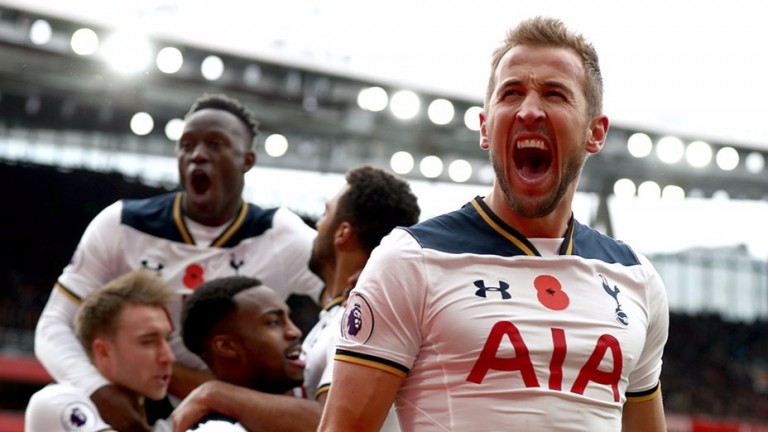 Tottenham's Wembley woes have put their Champions League qualification hopes in danger with tonight’s trip to the gambling mecca of Monte Carlo pretty much win or bust for Mauricio Pochettino’s team in Monaco.

Failure to win will take Tottenham’s last-16 dreams out of their own hands, while Spurs will definitely need maximum points to stay alive should Bayer Leverkusen justify favouritism at CSKA Moscow in the early kick off.

Spurs have suffered from a lack of home advantage after moving their matches from White Hart Lane to Wembley and losing both contests – 2-1 to Monaco and 1-0 to Leverkusen.

However, the situation in Group D makes things pretty clear for Pochettino and his side are worth backing at 19-10 to claim a vital victory.

Team news
Monaco
Monaco have a full squad to choose from after Joao Moutinho, Nabil Dirar and Almamy Toure returned from injury. However, Moutinho is not at 100 per cent fitness so is unlikely to start.

Tottenham
Ben Davies, Erik Lamela and Toby Alderweireld are out. Dele Alli and Heung-Min Son are pushing for starts after substitute appearances against West Ham on Saturday.

Tottenham’s performances have not always been up to scratch this season but they remain unbeaten in the Premier League, four points off the top having scored in 11 of their 12 matches despite Harry Kane’s prolonged absence.

Kane has made a massive difference since returning from injury with three goals in two matches, equalising against Arsenal and bagging two late on in the 3-2 success over West Ham.

Last season’s Premier League Golden Boot winner has scored in four of the five matches he has started since September and was surprisingly wasteful in the reverse fixture on matchday one.

That was a strange match against Monaco with Spurs looking on the verge of scoring until Bernardo Silva notched for the visitors against the run of play.

Substitute Thomas Lemar doubled Monaco’s advantage and they were able to see it out despite conceding just before the break.

Spurs had 64 per cent possession, forced six shots on target to Monaco’s two and won the corner count 11-0 as the Ligue 1 side made the perfect start.

Monaco also scored with their only shot on target in the 1-1 draw at home to Leverkusen on matchday two – Kamil Glik’s hopeful, long-range effort was the last kick of the game as Leonardo Jardim’s men once again got more than they arguably deserved.

Silva’s late equaliser in Russia in a 1-1 draw with CSKA again suggested the group leaders have been fortunate to find themselves in a position where a draw sees them through tonight.

Whether Jardim’s men are capable of playing for a point remains to be seen and it could even be a disadvantage if Monaco stray from their normal game.

Silva is a wonderful talent and Lemar scored a gorgeous free kick against awful Lorient on Friday as Monaco made it three straight wins by an aggregate 12-0.

However, Lorient, Nancy and a home date with CSKA Moscow is not comparable to this contest and Monaco’s defence is far from perfect despite the best efforts of Polish centre-back warrior Glik.

The 4-0 defeat in the derby away to Nice in September was an eye opener for those who had Monaco down as title contenders and they were incredibly weak in the betting market before last month’s 3-1 loss at Toulouse.