Spoty is still a jewel in the crown ? and Harry looks ready to cane it 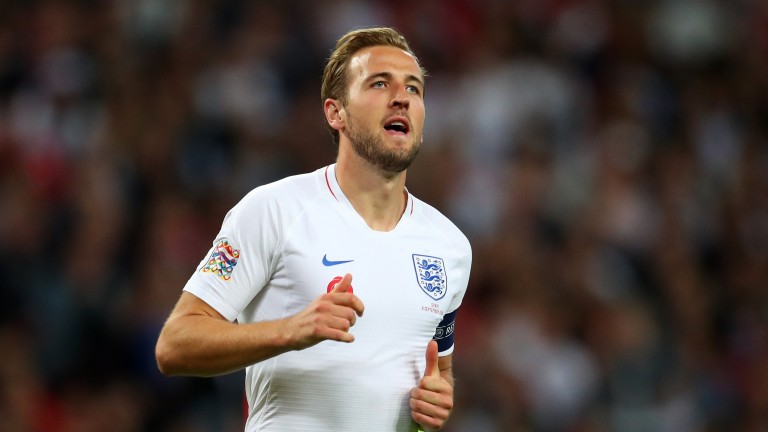 It really shouldn’t matter who wins the BBC Sports Personality of the Year these days, but it does. First, because the annual review show still reminds me of how magnificent it was in its pomp, and second because it’s a decent betting event.

There was a time when if I could have watched only one programme each year this was it. Back in the days when live sport of any kind was a rare treat the BBC’s review was an almost magical illustration of what had happened that year, bringing to life events and people whose stories had previously been told solely by newspaper reports and still images.

Then it lost the plot and we would get ludicrous gimmicks like Frank Bruno making a complete hash of trying to hit a ball on a golf simulator rather than clips of epic sporting moments.

These days, there’s nothing on there we haven’t seen countless times on a satellite channel, but old habits die hard and it’s still great to relive the best of what humans are capable of as opposed to annual news reviews, which showcase this weird species at its worst.

The recipient of the 2018 award will be chosen via a different format this year. Recently a shortlist, or rather a list given it contained 16 names in 2016, had been agreed by a panel and revealed a few weeks in advance, which has led to suggestions that certain sports have mounted PR campaigns to get their figurehead voted for as often as possible.

This time the potential winners will be revealed at the start of the show, and it is believed there will be fewer names on the list so that the show can focus more on the sporting year rather than on the people that made the headlines.

Looking at the betting you would expect five of the contenders to be Geraint Thomas, Harry Kane, Lewis Hamilton, Alastair Cook and Dina Asher-Smith, while other possible additions to the list are Tyson Fury, Jonathan Rea and Anthony Joshua, although what the bookies think may end up differing from what the selectors go for depending on how niche and/or diverse they want to be.

But even allowing for a few shocks in recent years – Joshua was favourite last December but did not make the podium – it would be surprising if Thomas, Kane or Hamilton did not pick up the award, although a strong case can be made for Asher-Smith even allowing for the waning popularity of track and field.

Twitter polls, as long as they are organised by a suitably neutral source, can be highly accurate even with a reasonably small number of votes.

Obviously if Nigel Farage puts out a poll asking whether or not we should vote to leave or remain in the EU the result is going to be skewed but there is no obvious reason why the @racingpostsport poll we ran on Wednesday should be contaminated by bias.

We asked which of the three market leaders is the best bet for the accolade and added an ‘others’ category just to fill up the fourth available spot (by the way, Twitter, any chance of offering up to 11 options in your polls? It would be extremely helpful, particularly for man of the match purposes).

If there was anything inauthentic about the vote it could be that Kane, having banged in England’s winner against Croatia on Sunday, benefited from a bit of recency bias, but that might still be residual when the real vote takes place on December 16, and I am surprised he is not a clear favourite.

Footballers can win this, as David Beckham and Ryan Giggs showed this century despite neither having achieved anything like what Kane has in their triumphant year.

Hamilton can win it too, as he showed in 2014, while he has also finished second twice. And cyclists have a fine record, with three of the last ten winners having worn lycra for a living.

But this is not a vintage year and Kane’s achievements stand out. As well as continuing to smash in the goals for Tottenham, he won the Golden Boot at the World Cup and has been an outstanding England captain and an all-round great bloke.

Spurs have a home game against Burnley the previous day so there is no reason, injury apart, why he should not attend and it is hard to see how footage of him firing England to the World Cup semi-finals, supplemented by his winner against Croatia and what is almost certain to be an interview that shows how likeable he is, will fail to convince viewers to vote for him in sufficient volumes to secure the crown.

He certainly deserves to win it. He is an outstanding athlete, a superb role model and someone of whom Britain can be enormously proud.

Popular bet needs overhaul to keep its place in our hearts

Although a far smaller share of its profits filters back into racing for the benefit of the sport than used to be the case, it is still good for the game if the Tote is in rude health, but it has already earned a glaring ‘could do better’ in the first few weeks of its new guise.

The Tote is now a fusion of Betfred, which has owned it since 2011, and new partners Alizeti, while Britbet, the racecourse-backed venture that was planning to offer a rival service, has teamed up with the Tote to manage and promote the on-course arm of the business.

The new consortium has various plans to create an improved customer proposition, but it has taken a backward step where one of its jewels, the Placepot, is concerned and it needs to address the issue as a matter of importance.

Various people, including colleagues, readers and Twitter users, have expressed exasperation and concern over the new Placepot slips that are being used on course. They have replaced the old ones, which may not have looked particularly sexy but were extremely effective.

They simply needed punters to choose their horses and fill in a pen mark against the corresponding racecard number for each selection, before handing the slip to the cashier, who scanned them and provided a receipt. Nice and simple.

The new slips are far more low-tech and require the cashier to read the chosen numbers, punch them into a terminal and then hand the bet receipt to the customer for checking.

This is no more than a minor pain in the arse on a chilly Tuesday at Southwell but at the bigger meetings it is causing significant grief because it is elongating the bet placement process and increasing the risk of operator error.

I have not read a single piece of customer comment on this problem that has been remotely venomous, and it is clear Placepot fans just want it remedied nice and quickly, and certainly in time for the big meetings that lie ahead, not least the Cheltenham Festival, because considerable unhappiness lies ahead if it has not been dealt with by then.

But Britbet chief Nigel Roddis chose to respond to the feedback with a statement that was short of acknowledgement of the specific problem or assurance that it was being looked at urgently but was unnecessarily long on various irrelevant information about the new Tote.

The new slips were described as “straightforward and user-friendly”, which contradicts the evidence of how they have been received, and it was pointed out that Placepot turnover on Saturday was up 30 per cent, which is no consolation to those who had to take much longer than normal to place their bets.

Roddis is a smart operator and is clearly keen to stress that the new Tote is ambitious and keen to prosper, but a straight acceptance that the new slips are worse and will be replaced by something as effective as the old versions as quickly as possible would probably have been more along the lines of what concerned customers wanted to hear.

As a big Placepot fan myself I want to see this great form of betting thrive, so here’s a free suggestion to the Tote that I believe would help that to happen.

Rather than the current Placepot menu, which involves a bet on the first six races of each daily meeting, it could be worth experimenting with additional pools that cover races at various meetings that would cut down the duration of each bet.

What would effectively be an hourly offering would potentially increase Placepot habituation and really enhance the current proposition. It would probably kill the Quadpot but that would not be a particularly well-attended memorial service.

The Tote needs to be on its game because it has rivals in these demonopolised days, with the likes of clued-up Colossus offering an alternative service.

It needs to take forward steps like this, to be bold and introduce exciting new bets, not backward ones like the deployment of the new slips.