Sporting to stay in touch with holders 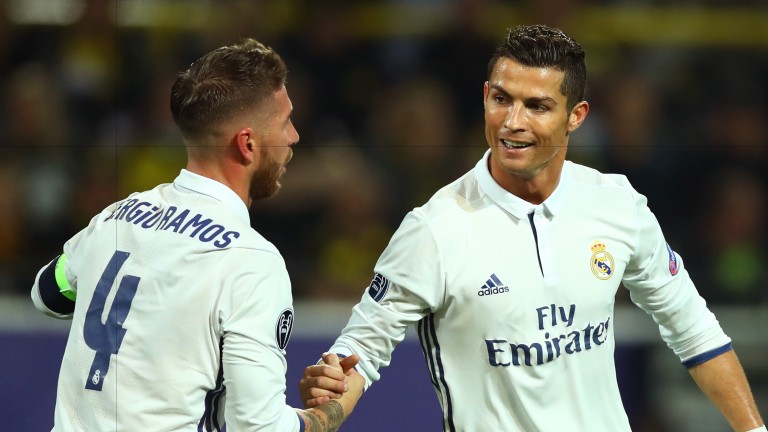 Big-name players usually get booed on their return to their old clubs but Cristiano Ronaldo will no doubt receive a hero’s welcome against Sporting.

Lisbon loves Ronaldo and it is sure to be an emotional 90 minutes for the Portuguese star, who scored a hat-trick for Real Madrid in Saturday’s 3-0 derby success at Atletico.

That extended Real’s run to 29 matches unbeaten since their Champions League quarter-final first-leg defeat at Wolfsburg last season but the European champions still seem on the short side for this trip.

Madrid needed every minute to take the reverse fixture after scoring twice at the death to win 2-1 and they have also drawn both away matches in Dortmund and Warsaw.

Zidane’s injury-ravaged side don’t seem overly fussed about topping the group and Sporting, who have scored in their last 13 home games, can keep things competitive.

Key stat
Real Madrid are 29 games unbeaten in all competitions