Internet age has taken shine off the betting ring 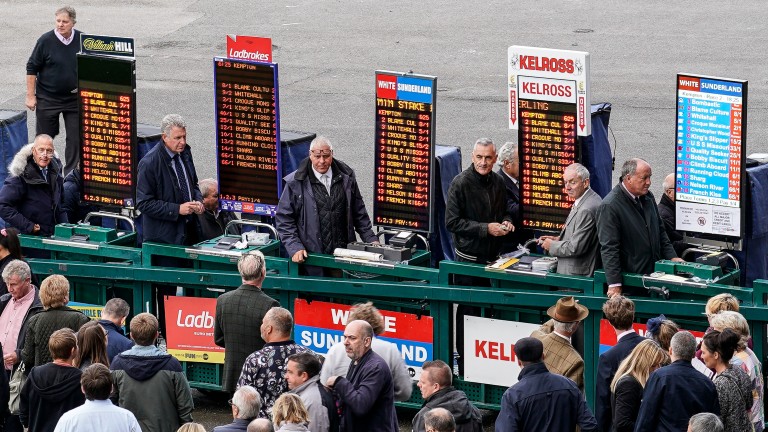 Internet gambling has had a detrimental effect on the traditional betting ring
Alan Crowhurst
1 of 1
UPDATED 9:59AM, SEP 20 2018

Spend a day at the races and you will enjoy largely the same experience you would have done had you attended a meeting 50 years ago, with one key exception - the betting ring.

Trains and cars still carry people to the tracks, the race-by-race cycle still takes in the paddock, the bar and the grandstand. Jockeys dress just as they did back in the day (perhaps sooner or later they will all realise how aerodynamically unhelpful it is to have your silks flapping in the headwind), as do most of the people at the course.

But the ring is not what it was, as my colleague Lewis Porteous graphically illustrated in Wednesday's Racing Post.

Yes, there are still bookmakers between the stand and the home straight, but they are no longer front and centre of the raceday landscape.

They murmur the odds these days instead of proudly bellowing them. Their prices take the form of a broadly uniform set of lights rather than an ever-changing cloud of chalk. Punters approach them in sporadic isolation when once they would jostle one another to get their money on before the best price was rubbed off.

It’s a big pity, but as with so many traditional trades the dawn of the internet has choked their opportunities and sent many looking for alternative ways to make a living.

When I first went racing - be it horses or dogs - in the early 1980s the ring was an intoxicating place to be - the throbbing heart of the venue. I stood wide-eyed as a teenager as shrewd-looking men and those whose pint you would not care to spill pressed bundles of notes into layers’ hands either in return for a brightly-coloured ticket or a nod of recognition that the bet was good.

Prices ebbed and flowed. New opportunities to get the best price popped up every few seconds as the layers pitted their wits against the punters in a tax-free environment that made it the best place to get the value.

Hackney on a Saturday morning was a perfect example of an exhilarating betting pit, far removed from the modern-day way to get the best prices, which involves sitting before a computer in the spare bedroom.

John and Tom Jenkins, betting under the John Power umbrella, and others would take proper risks and proper bets from a crowd of dog fans whose success or failure on the eight-race Bags cards would define their betting weekend.

How things have changed since shop punters did not have to pay betting tax and then internet and mobile wagering took off. Now the only people who go racing in order to make their betting pay are that small number of secretive people who carry their laptops to specially allocated executive boxes where they bet in-running on Betfair using the advantage the naked eye gives them over those watching delayed TV pictures.

Many of the on-course bookies who still turn up lay bets straight back on an exchange, simply hoping for enough turnover to enable them to cover their expenses and get home with a few quid to show for their efforts.

It means much of the vibrancy of the ring has gone, and that’s a shame. But hopefully there will always be bookmakers at the track because they are part of the charm of a day at the races.

And while you can probably get slightly better value using your phone or staying at home, there are still on-course layers happy to take a view and take a bet, which makes it possible to get perfectly acceptable prices by shopping around the joints.

Most of all, though, there remains nothing like the feeling of a bookie counting out a wad of notes and pressing it into your grateful hand after your horse has crossed the line in front. 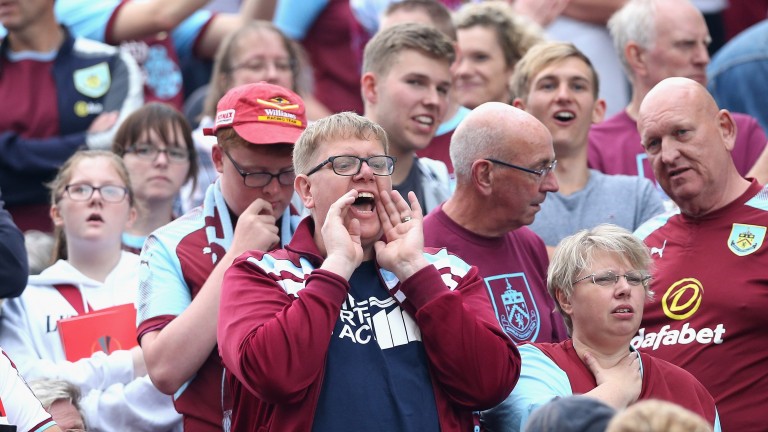 Burnley will have a job convincing heroes to work for zero

Burnley are known for paying relatively low wages in the context of the Premier League, which is no bad thing, but now, shamefully, they are making themselves known for paying the lowest possible wage, ie. zero pounds per hour, to a group of matchday workers.

To the best of my knowledge the football club is not a charity but an actual business that operates with the intention of making a profit, which means it is pretty reprehensible to ask people to work for nothing.

That’s what anyone who signs up for the ludicrously-entitled Match Day Heroes role will receive. Tasks, according to the job description (note the use of “job”, which I have always taken to mean work undertaken for financial reward) include welcoming spectators to the ground, assisting in preparing spectactors for security screening, validating spectators’ tickets and assisting spectators in finding their seats.

As if doing this for nothing wasn’t a sufficiently dismal prospect, candidates are warned: “This role requires long periods of standing or sitting outside, in all weathers.” And: “Our Match Day Heroes probably won’t get to see much, if any, of the match!”

I love that exclamation mark. Who’d have thought it, eh? You mugs aren’t going to take home a penny, you’ll be standing in torrential sleet for hours and you can think yourself lucky if you get the odd glimpse of a thrown-in being taken!

However, potential volunteers are reminded “it is always fun and rewarding, as well as exciting and satisfying - knowing you’ve made a difference”. That’s a difference to the Burnley FC balance sheet presumably.

It gets better. “If you love talking and helping people then shrug off your cloak of British modesty and join 22,000 spectators, 30 volunteers and one Club for your chance to be part of the future of Burnley Sporting Heroes history”.

Damn that cloak of British modesty, sod wanting to be paid for your precious time. Pull on your waterproof clothing and get up to Turf Moor to work for nothing.

The sub goalie sitting in the dugout keeping a vague eye on the action just in case he is called upon is on 35 grand a week while you are warmly welcoming some bemused scaffolder who has been sitting in the same seat for 37 years. But you are making history so who cares about optional extras like wages?

Hopefully Burnley Sporting Heroes history will be extremely brief as a result of nobody showing the remotest interest in being exploited by this abysmal scheme, or better still the club realising that unpaid work isn’t really the done thing these days and giving them a few quid for their efforts.

There are hard-up charities that are crying out for people to spare a few hours to help them out. By contrast the Clarets, who earned £120 million for finishing seventh last season, should be paying people to work for them.

Big-priced Blues are in with a shout

They have won the title in two of the last four years, sit atop the table after five wins from five games and possess one of the world’s finest players. So why can Chelsea be backed at 11-1 to recapture the Premier League crown?

They may not win but on value grounds it is hard to make a more compelling case for backing Man City at 8-11 or Liverpool at 9-4.

Talk of Sarri-ball is nonsense. They play a high-intensity, hard-pressing game intended to create a large number of scoring opportunities, but that is nothing new in football.

What could enable new manager Maurizio Sarri to emulate predecessor Antonio Conte by winning the league in his first season is that he has the players to carry out his strategy perfectly.

And the key to giving City and Liverpool a proper run for their money could be a continued show of faith in Olivier Giroud, whose strength and guile spearheaded France’s march to the World Cup and can do the same for the Blues.

Sarri’s midfield looks formidable and there is depth if the preferred trio of Kante, Kovacic and Jorginho is injured or needs resting, while he has options everywhere else as well.

I still think City and Liverpool are slightly likelier than Chelsea to lift the trophy in May, but the market looks wrong in giving the London side an approximate nine per cent chance of victory, and given successful betting is all about value it is hard to see how anyone looking to open a fresh position on the title market can look beyond Sarri’s side.

Certainly, if you have already backed City or Liverpool, the Blues look an extremely cheap saver.