Spin could play a major factor in England’s T20 clash 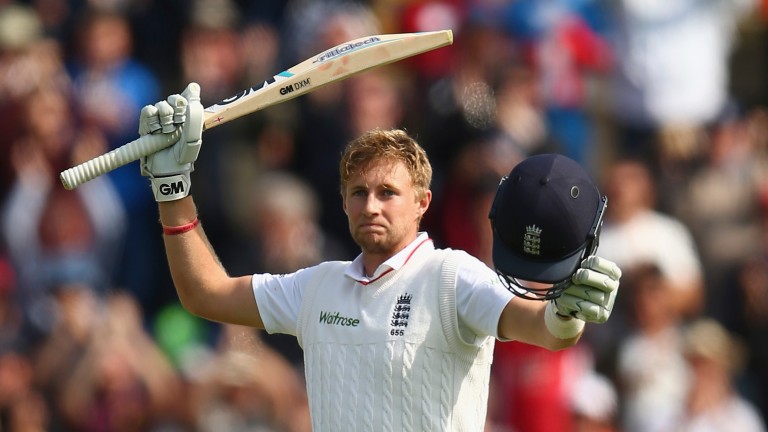 England put in a calm and controlled team performance to beat India by seven wickets in Thursday’s first T20 in Kanpur and they will be hopeful of claiming the series spoils with victory in game two in Nagpur.

Ace spinners Ravichandran Ashwin and Ravindra Jadeja, the chief tormentors of the Three Lions this tour, are still being rested and India have lost both previous shortest-format outings at the Vidarbha CA Stadium.

New Zealand bowled them out for 79 when defending 126 in last year’s World T20, while Sri Lanka hammered 215 in the first inter­national T20 at the venue and kept them to 186.

However, that Sri Lanka match is one of few high-scoring domestic and international T20 games in Nagpur and slow bowlers have had plenty of success so it would be no surprise if the pitch offers up plenty of sharp turn for Virat Kohli’s likely frontline twirlers Amit Mishra and Yuzvendra Chahal.

Back the duo to each take two or more wickets as while England’s top-order batsmen have made runs in the ODIs and Kanpur against spinners, they have also been tied down by them for periods and did not have it all their own way against them in the ODI leg of their Bangladesh tour in October.

Leggies Mishra and Chahal are not second-string performers either. That is why Eoin Morgan’s men are 11-10 for victory.

Mishra was a surprising omission from the ODI series and Kanpur game because although he was largely innocuous in his two Tests against England, he had taken 15 wickets in the five ODIs against New Zealand in October including a haul of 5-18 in the decider in Visakhapatnam.

Mishra has also taken two or more wickets in five of eight T20 internationals, the majority against quality sides at the 2014 World Twenty20.

Chahal took 2-27 in Kanpur, bowling openers Jason Roy and Sam Billings in the same over as they set a blistering pace, and has claimed 21 and 23 victims in the last two IPL tournaments.

When New Zealand beat India last year, the most damage was done by slow left-arm spinner Mitchell Santner (4-11), with excellent support from leggie Ish Sodhi (3-18) and off-spinner Nathan McCullum (2-15) so it will be interesting to see if Liam Dawson joins Moeen Ali and Adil Rashid in the England side at the expense of one of the quicks.

Joe Root can also bowl offies – as he did surprisingly in the second over of West Indies’ innings in the World T20 final in Kolkata to capture Johnson Charles and Chris Gayle on the slog – and this asset (20 points are awarded for each wicket) makes a bet on him to get 33 or more performance points appeal.

One point is gained for each run and Root hit 46 not out at number three for the Three Lions in Kanpur and made 54 against the Windies in Kolkata and his other World T20 knocks were 48, 83, 12, 25 and 27 not out. Ten points are awarded for each catch and Root has pouched 12 in 22 T20 internationals.

New Zealand look a bit of value at 11-10 to win the first of three ODIs against Australia in Auckland.

The Black Caps have beaten their trans-Tasman rivals in their last two 50-over meetings at Eden Park and the Gold & Greens are without skipper Steve Smith because of injury and in-form opener David Warner because he is being rested before their Test tour of India.

Last February, New Zealand made 307-8 and then dismissed the Aussies for 148. In the pool stages of the 2015 World Cup, the Kiwis sneaked home by one wicket chasing 152.