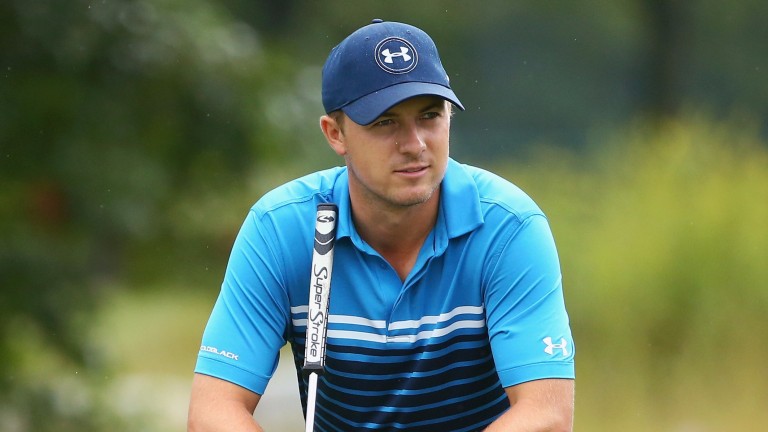 The Tournament of Champions market is extremely top-heavy and it would be a huge surprise should an outsider triumph in the opening event of the year.

All those in the field have qualified on merit – by winning on the US Tour – but the likes of Brian Stuard, Jim Herman and Billy Hurley may never taste victory again.

Punters should concentrate on the top three in the betting for a small gathering where two players in particular look like each-way steals.

Jordan Spieth has competed on the Plantation Course at Kapalua twice before, finishing runner-up on his debut in 2014 (losing by a shot), before romping to an eight-shot triumph last year.

Spieth reached 30 under par 12 months ago, a staggering performance on a layout he loves, and there must be every chance of a successful title defence.

Spieth did not enjoy a fantastic year after winning in Hawaii – the low-key Colonial was his only other US Tour victory – and the sense of underachievement resulted in a determined close-season practice schedule. The focus and desire he took to the Australian Open at the end of November was staggering.

Spieth had a Major-like mood about him in Australia, an event which provided the springboard for the best season of his career after he won the 2014 Oz Open.

He has again become Australian Open champion and is looking for that title to act as a foundation for bigger things to come. The field Down Under was weak and the victory nothing special, but the work he put in and the growing confidence in his game is key to his hopes in Hawaii.

Spieth was sixth in the Hero World Challenge in his only subsequent outing and the two-time Major champion looks primed to start 2017 with a bang on a course where his incredible scrambling skills count for more than usual.

He appreciates the room off the tee and the Texan will be comfortable in the weekend winds.

The main danger to Spieth retaining his Kapalua crown is arguably US Open champion Dustin Johnson, who triumphed by four shots in 2013.

Nobody in this week's field has more experience of the Plantation Course – this is DJ's seventh appearance – and the best player in the field can hit the ground running.

This is not the most glamorous of staking plans to start 2017, but profit will be made if both Spieth and Johnson make the each-way places.

In a field of just 32, which is bursting with chaff, the superstar American duo should quickly force their way on to the leaderboard.

Wide-open Kapalua encourages the big-hitters, as well as demanding sound short-game work on and around massive, undulating greens.

Johnson finished in a disappointing tenth place last year, but it is worth noting that he did hardly any practice between the Hero World Challenge and the Tournament of Champions, having injured a heel at the Hero. He opened with a rusty 73 in the ToC, before going 15 under par for his final three rounds.

Other notables
Hideki Matsuyama must be given considerable respect. The Japanese ace has won four of his last five tournaments, finishing runner-up in the other.

Two of the victories were on the low-grade Japan Tour, but the WGC-HSBC Champions and the Hero World Challenge were in top company. Can he resume his gallop after the Christmas break?

Matsuyama's only previous Kapalua visit ended in third place, but there are much better layouts than this one for him. It does not play to his strengths.

Bubba Watson relishes the room to manoeuvre at Kapalua, but the temperamental left-hander put new clubs in his bag at the Hero and may need more spins to adjust.

Improving young powerhouse Justin Thomas is tempting at 22-1, but nobody else makes any appeal.

Jason Day has been resting his fragile back since withdrawing from the Tour Championship and seems bound to be rusty, while Patrick Reed has played poorly since the Ryder Cup.

Daniel Berger, Branden Grace and Tony Finau should enjoy the assignment, but all three are making their Kapalua debut and may start slowly. First-timers have a dismal record at this quirky design.

Aaron Baddeley and Brandt Snedeker possess the scrambling skills to contend, but with Spieth and Johnson expected to fill two of the four each-way places, and Matsuyama possibly a third, there is no urge to support anybody else.

Course overview Kapalua is the traditional home of the US Tour curtain-raiser and a power-hitter's paradise. The fairways are like runways and the layout provides the perfect place to blow off the Christmas cobwebs. There are only three par-threes and this whopper boasts seven holes longer than 500 yards. The 663-yard closing hole is a serious test of strength on a track which has the largest greens on the circuit

Story of last year Jordan Spieth turned the tournament into a procession, reaching 30 under par and cruising to an eight-shot triumph over defending champion Patrick Reed

Weather forecast Clear with light winds for the first two days, with stronger breezes at the weekend