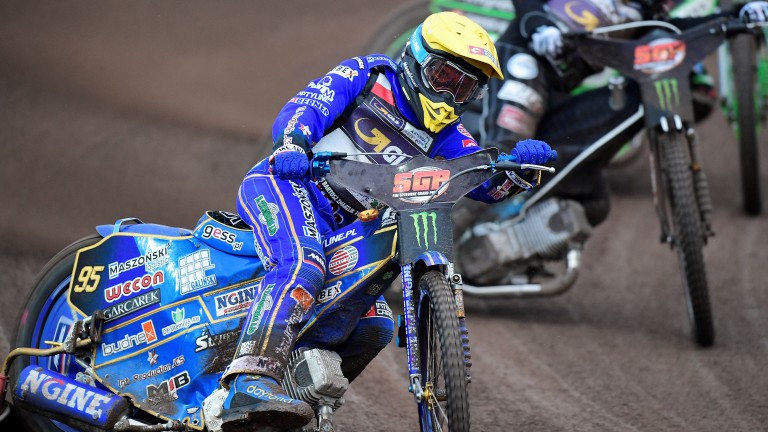 The Speedway Grand Prix series returns on Friday and a familiar face could be writing his name into the history books.

Coronavirus implications and travel restrictions have once again played havoc with the Grand Prix calendar.

The revised schedule will now see the 15-strong field compete in 11 rounds spanning five European countries, commencing this weekend with a double-header in Prague and concluding at Torun in early October.

Betting at relatively short prices on speedway rarely appeals but it’s worth making an exception and backing Bartosz Zmarzlik to claim an unprecedented third world championship in a row.

The high-flying Pole has come of age in recent years, filling the runners-up berth in 2018 before claiming gold in 2019 and 2020.

Last year's championship success was even more impressive considering Zmarzlik won four of the eight rounds and finished with a cosy 16-point cushion at the top of the standings.

Zmarzlik has continued his remarkable form with some dominant displays for Gorzow in the Polish Ekstraliga this campaign, collecting double-figure point hauls in every meeting he’s contested with an eye-catching 2.64-points per heat average.

The 26-year-old clinched the individual Polish championship on Sunday and will benefit from six of the 11 rounds set to be staged in his homeland.

He’s undeniably the man to beat and looks a cut above his rivals.

Maciej Janowski has been in sizzling form domestically and his price in the lead-up to this series opener has tumbled.

He rates the chief danger, although consistency over the duration of a season and his mediocre record in Prague are slight causes for concern.

The ultra-consistent Jason Doyle is another who features prominently in the outright market. He needs to improve to be considered a serious title contender but can begin his campaign in style at the Marketa Stadium.

Track knowledge and proven Grand Prix form are crucial at this venue and Doyle boasts those traits in abundance, topping the podium in 2016 and 2017 before a third-place finish last season.

The Aussie’s league form is solid rather than spectacular but he’s a sharp gater who looks poised to go well around a circuit that suits.