RB Leipzig should see off Rosenborg 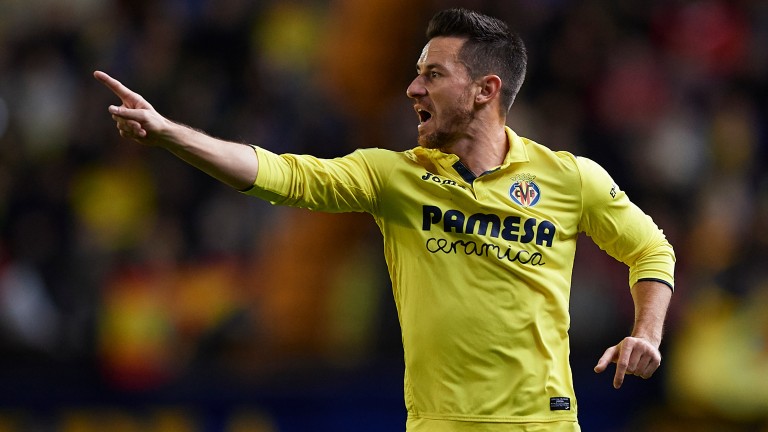 Spartak Moscow v Villarreal
CSKA Moscow took a massive La Liga scalp on Tuesday, winning 1-0 at home to Real Madrid, but their rivals Spartak Moscow are unlikely to be as successful when they host Villarreal in the Europa League.

Villarreal are under pressure after drawing 2-2 at home to Rangers on matchday one and are off to a slow start domestically, collecting just eight points from seven league games.

But the Yellow Submarines have taken seven points from a possible nine on their La Liga travels and were impressive 3-0 winners at Athletic Bilbao on their last road trip.

Their failure to beat Rangers was hugely frustrating, given they led twice and won the shot count 19 to five.

But Javier Calleja's side are still odds-on favourites to win the group and should not be fearful of Spartak, who are fifth in the Russian top flight.

Spartak were originally the 3-1 second favourites to win the section but they became the 11-2 outsiders after a disappointing 2-0 loss away to Rapid Vienna.

They are going through a difficult spell, taking just two points from their last four league games, and they may struggle to cope with Villarreal, who are likely to be their toughest opponents in the section.

BATE v PAOK
PAOK narrowly lost 1-0 at home to a strong Chelsea side on matchday one but the Greeks have a good chance of finishing second in Group L and can boost their qualification hopes by beating BATE Borisov in Belarus.

BATE are used to winning games, thanks to their dominance of the Belarus league, but they are much less successful in Champions League and Europa League matches.

They have won just one of their last seven European home games and have not reached the knockout stages of a European competition since advancing to the Europa League round of 32 in 2012-13.

The Belarus outfit are off to a flyer having won 2-0 away to MOL Vidi on matchday one, but they are likely to discover that PAOK are a step up in class from the Hungarians.

PAOK won 3-0 away to Basel during their failed Champions League qualifying bid and might not have to play to such a high standard to triumph over BATE.

Rosenborg v RB Leipzig
RB Leipzig need a response after losing 3-2 at home to Salzburg last month and they can deliver three points from their trip to Rosenborg.

Despite that setback, Leipzig are in the top ten in the Europa League betting and should soon start punching their weight.

It was always going to be a tricky opener against Salzburg (the Austrians were among last season's Europa League semi-finalists) but they have an easier task against Rosenborg, who have won just one of their last 14 Europa League group matches.