Could meet Djokovic's Serbia in the quarter-finals 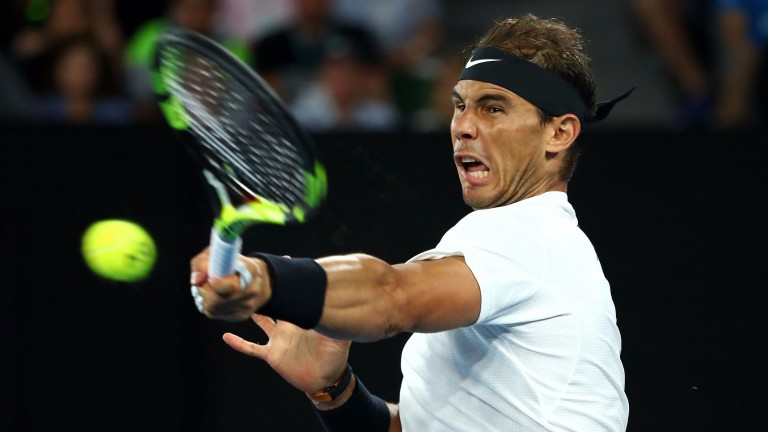 Rafael Nadal should be made to work hard by Dominic Thiem
Cameron Spencer
1 of 1
By Joe Champion 7:57PM, FEB 1 2017

The victories of Argentina, Great Britain and Switzerland in the last three Davis Cups demonstrated the importance of having a star name among the ranks and there are a few nations that fit the bill in the 2017 tournament.

Argentina relied heavily on a fired-up Juan Martin del Potro to take the trophy last year but the 2009 US Open champion missed the Australian Open and does not line up against Italy this week. The holders could fall at the first hurdle against an Italian squad packed with clay-courters.

Britain are 9-1 to regain the title but Andy Murray, who was the key to the 2015 truimph, has opted not to play in the opening tie against Canada and his Davis Cup commitments may be further reduced as he bids to hold on to his world number one status.

While a team comprising Kyle Edmund, Dan Evans and doubles pair Jamie Murray and Dom Inglot should still have enough to beat a Canadian squad which is without main-man Milos Raonic, they are likely to struggle in later rounds if Murray stays away.

Serbia lead the market and Novak Djokovic will line up in Nis, but they face a tough quarter-final against either Croatia or Spain.

Rafael Nadal has understandably skipped this opener but Spain, captained by 1994 Wimbledon ladies champion Conchita Martinez, have plenty of strength in their squad.

Roberto Bautista Agut and Pablo Carreno Busta are excellent singles players while they can call on doubles specialist Marc Lopez.

Feliciano Lopez is a handy replacement for Nadal – they were both part of the winning Spanish teams in 2004, 2008, 2009 and 2011 – but the Australian Open runner-up could return and add star quality in later rounds of the competition.

A first-round tie against Croatia looked tough on paper but last year’s finalists are severely weakened by the absence of Marin Cilic, Ivo Karlovic and Borna Coric and they look highly unlikely to trouble Spain with three singles players ranked outside the world’s top 200.

It’s easy to see why bookmakers have France in at no bigger than 11-2 in the market behind Serbia. Yannick Noah has plenty of singles options at his disposal – France have 11 players ranked in the world’s top 100 – and he also has top-ranked doubles pair Nicolas Mahut and Pierre-Hugues Herbert to call on.

But they have routinely come up just short since winning their ninth title in 2001, losing in the final on three occasions since.

In the top half of the draw, Germany could go further than odds of 25-1 suggest.

Alexander ‘Sascha’ Zverev is developing into a top player. He went toe-to-toe with Nadal in Melbourne, taking a 2-1 lead in their third-round clash before cramp set in and he lost the fifth set.

He will be the big gun for the German team while Philipp Kohlschreiber and Sascha’s older brother Mischa are also capable players.

They look likely to progress from an opening-round tie against a Belgium team who are without David Goffin and would then meet either Argentina or Italy. Both are winnable ties, particularly if Del Potro is not 100 per cent fit for the quarter-final tie to be played in April.

Australian captain Lleyton Hewitt will be hoping that the team environment can help him harness the raw ability of star name Nick Krygios.

The 21-year-old continually lets both himself and his supporters down with lacklustre performances but he spoke in glowing terms this week about the positive impact of the Davis Cup on his fragile mental state.

He should help the Aussie team see off an understrength Czech Republic but they are likely to face the USA in the quarter-finals with Roger Federer and Stan Wawrinka both absent for Switzerland.

The US team has plenty of depth but they are lacking a top player and the Bryan brothers are no longer available to represent them in doubles. They could come up short in the latter rounds.