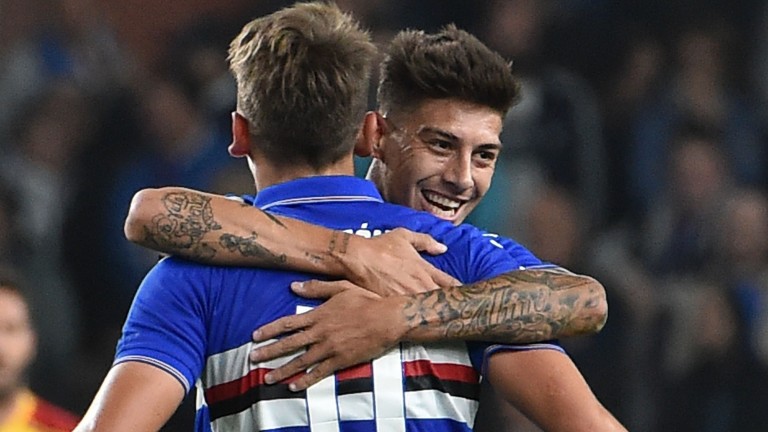 Sampdoria can get on the scoresheet against lowly Spal in Serie A
Paolo Rattini
1 of 1
By Liam Flin UPDATED 7:35PM, NOV 4 2019

Serie A’s bottom two sides complete the latest round of fixtures but Sampdoria and Spal’s paltry goal tallies may not translate into a low-scoring affair.

Although the two clubs have scored only 13 league goals between them this term, their shoddy rearguards may well result in both teams finding the net.

Sampdoria have scored in their last two assignments against Bologna and Lecce, having 35 shots in those two games combined. Spal, meanwhile, have scored in all five of their home matches including goals against Napoli, Lazio and Atalanta.

Spal have conceded in nine of their ten league matches this season.