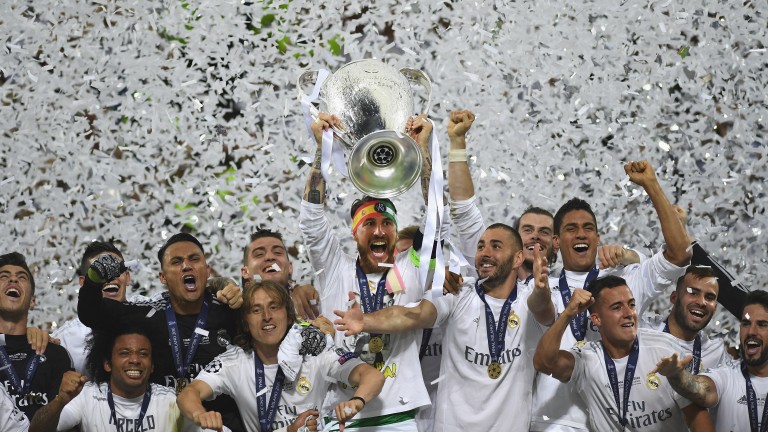 Spanish teams have dominated the Champions League in recent years with five finialists in the past three campaigns and it is odds-on at 5-6 that a side from La Liga wins the European Cup again this season.

The challenge could hardly be stronger with Barcelona, reigning champions Real Madrid and runners-up Atletico Madrid filling three of the first four positions in the betting, while Europa League winners Seville are being tipped as dark horses with a last-16 tie against Leicester on the horizon.

Foxes boss Claudio Ranieri is evens with Betfair, Hills and Paddy Power to be the next Premier League manager to leave his current position as out-of-form Leicester fight against relegation.

Hills offer 8-11 that Ranieri has departed the King Power by the time next season begins and evens he is still in charge of the soon-to-be dethroned Premier League champions.

It’s also 2-7 that Ranieri remains in situ for the rest of February and 5-2 that the Italian is no longer seen as up to the job.

Leicester will do well to get past Seville in their two-legged tie and the other Premier League challengers also face tough tests with Arsenal tackling Bayern Munich and Manchester City facing free-scoring Ligue 1 leaders Monaco.

Betway go 5-1 that all three crash out before the quarter-finals and Arsenal are first up of the trio in Munich.

Bet365 have a free in-play offer available on the game at the Allianz Arena with your first pre-game bet matched up to £50 in-play.

Bayern are 11-4 with bet365 to score the most goals in this week’s four Champions League matches and Munich’s main man – Robert Lewandowski – is 3-1 with Betway to bag at least three goals across the two legs. He is 15-8 to fire blanks.