Spain have the attacking quality to get the job done 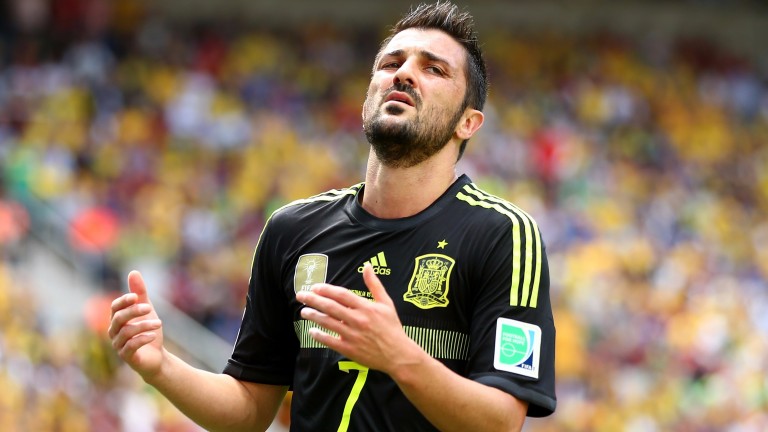 There are four rounds of matches to plau in qualifying Group G but there is no escaping the importance of Spain's clash with Italy at the Bernabeu.

Leaders Spain are above the Italians on goal difference, so the onus is on the away side to push for victory.

Only one automatic qualification berth is up for grabs and Spain know a draw against Italy would keep them on top.

Neither side have dropped any points against the other teams in the group - Israel, Albania, Macedonia and Liechtenstein - although Italy had a major scare away to Macedonia last October, trailing 2-1 with 20 minutes to go before coming through 3-2.

Italy have done well to match Spain stride for stride but would have been far better suited to playing for a draw in Madrid than having to go all-out for victory.

The Azzurri's great strength is at the back.

However, Italy's defence is likely to be more exposed than usual as they go forward. Scoring the first goal is key but Italy are short of seasoned quality in attack.

Forwards Manolo Gabbiadini and Andrea Belotti are promising players who are likely to improve. However, their international goal tallies (two and four) are unlikely to strike fear into Spanish hearts.

Spain are without Diego Costa so head coach Julen Lopetegui has turned to 35-year-old veteran David Villa, who returns after a three-year absence.

It will be fascinating to see how Villa goes after reversing his decision to retire from international football, although he may have to bide his time because Alvaro Morata looks the obvious first choice up front.

There are goal threats from elsewhere with David Silva and Pedro likely to feature prominently and the overall quality of the home side should be enough to tip the balance in their favour.

Iceland have remained a force since their remarkable run to the Euro 2016 quarter-finals and they can stay in the hunt for top spot in Group I by beating Finland in Tampere.

Only a superior goal difference separates leaders Croatia from Iceland in a strong section which also features Ukraine and Turkey.

Finland have found the going tough, taking one point from a possible 18, and are unlikely to add to that tally against a strong Iceland team determined to reach another major finals.