Former European kings are not the force of old 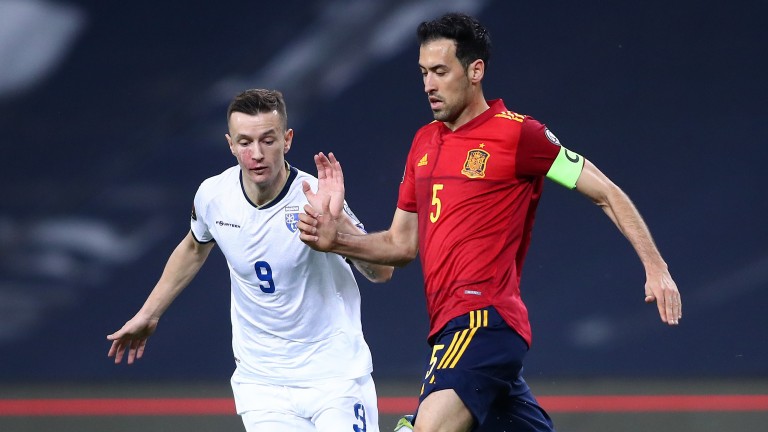 Spain were football’s formidable force from 2008 to 2012 as they twice tasted European Championship glory, either side of ruling the world in South Africa.

La Roja became the first nation to win three consecutive major titles and their golden generation were regularly tagged as the best international team of all-time.

But as the members of that award-winning cast hung up their boots one-by-one, results suffered and they have since undergone a phase of transition.

Spain crashed out in the group stage of the 2014 World Cup in Brazil and their subsequent two efforts in major competition have resulted in last-16 eliminations.

Luis Enrique’s men have also subsequently won a Nations League group consisting of Germany, Switzerland and Ukraine, which culminated in a 6-0 rout of the Germans in Seville - the location for all three of their Group E fixtures.

However, Spain suffered a shock 1-0 defeat in Ukraine in October and the opening three games of their World Cup qualifying campaign, which saw them held to a 1-1 draw at home to Greece before needing an injury-time winner in Georgia, is a stark reminder that they are not the force of old.

There have also been some shock omissions to their latest squad, with former Barcelona boss Enrique completely snubbing Real Madrid and deserting the likes of Sergio Ramos, Dani Carvajal, Marco Asensio, Nacho Fernandez and Isco.

Even so, Enrique looks to have the right blend of youth and experience in his squad and the inclusion of Manchester City’s Aymeric Laporte, who switched allegiance from France to Spain, will help navigate the loss of Ramos.

There is healthy competition in midfield with skipper Sergio Busquets likely to partner Liverpool’s Thiago Alcantara and Atletico Madrid’s Koke, while there are worse striking options to have at your disposal than Alvaro Morata and Villarreal's goal machine Gerard Moreno.

Manager - Luis Enrique: Personal reasons forced Enrique to resign as La Roja's head coach in June 2019, but the former Barcelona boss was back in the hot seat after the conclusion of Euro 2020 qualifying.

This is Enrique's first major tournament in charge of Spain but, having guided Barcelona to a famous treble in 2015, he is not lacking for experience. Expect the legendary figure to load up his midfield with technical talent in a bid dominate possession.

Prospects: Spain really ought to stamp their authority on Group E, particularly in what is effectively a home group campaign against lesser opposition.

But La Roja are missing a superstar of old and recent evidence suggests they could fall short when tackled by a leading light in the latter stages of the tournament.

Inside info - Carlos Cruz, Spanish football commentator: Luis Enrique has rejuvenated his squad with youthful enthusiasm, not to mention talent, including rising Man City star Ferran Torres and Dani Olmo, who has been impressing for RB Leipzig.

Enrique has many and varied options to call upon within his preferred 4-3-3 system, with the fruits of his labours highlighted by the fact La Roja have lost only one of their last 17 games, including an impressive unbeaten qualifying campaign.