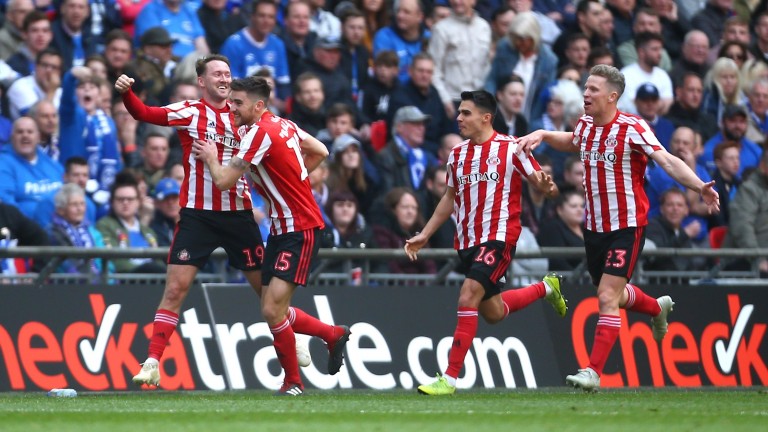 A bad week for Southend could get worse as Sunderland look capable of pushing the Shimpers closer to relegation from Sky Bet League One.

A fire at Roots Hall this week was contained before reaching the stands but it destroyed artificial turf worth £100,000 and the club's chances of staying up are looking grim too.

This game is not quite win or bust for Southend, although the Shrimpers will definitely be relegated with a defeat and need plenty of help elsewhere to survive if they draw.

A victory would see Southend stay up, but they have not played well enough in recent months to suggest the hosts deserve to be jostling for favouritism with the fourth-placed Black Cats.

Kevin Bond's side have triumphed in just one of their last 17 outings and that was an unconvincing 3-2 win over Burton, while they are also on a run of seven defeats in their last nine at home.

Injuries have ruined Southend's season and that was why they struggled so desperately under Chris Powell in 2019. Bond has not taken the team on greatly because he is working with the same injury-hit squad that cost Powell his job.

Southend have taken just two points against the top eight this season and Portsmouth are the only team in those lofty positions not to win at Roots Hall - and they threw away a 3-0 advantage.

Sunderland will be disappointed at having to go through the playoffs, but they do have something to play for. There is an advantage to finishing third and taking on the weaker sixth-placed finishers.

The Black Cats can claim that position if they triumph and Pompey fail to beat Accrington at Fratton Park.

Team news
Southend
Striker Stephen Humphreys may be risked despite only recently coming back from a horrific facial injury, particularly after Harry Bunn was rated "extremely doubtful." Harry Lennon has returned to training, but Luke Hyam is struggling. Jason Demetriou, Ben Coker, Harry Kyprianou, Sam Barratt and Tom Hopper are also on the injury list.

Sunderland
Aiden McGeady won't be risked and Lee Cattermole may be rested but Charlie Wyke is back in contention. Reece James and Duncan Watmore are close to returns.

Key stat
Sunderland have not lost to a bottom-half team this season.