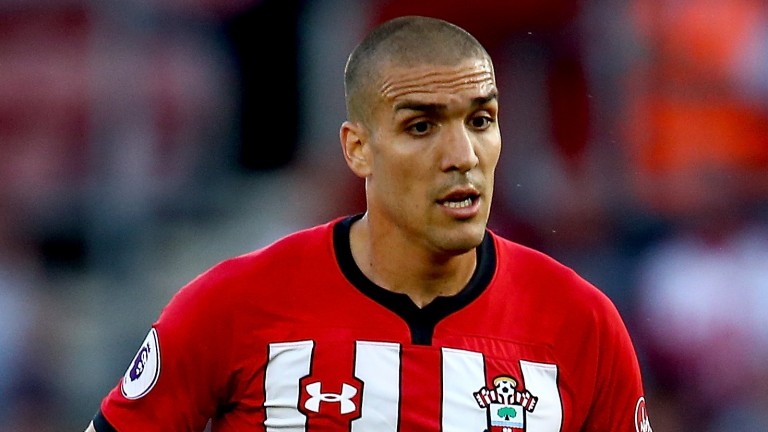 Southampton
Nathan Redmond and Danny Ings are still out. Theo Walcott will play with a broken hand.

Road warriors Manchester United haven't lost an away game to English opposition since mid-January – but even they are short enough to be given a wide berth at St Mary's against an in-form Southampton.

Odds of around the even-money mark might be seen as a decent price when you consider United have played three and won three on their top-flight travels.

Indeed, they've won their last seven Premier League away games and will be super-confident following the 4-1 mauling of Istanbul Basaksehir in the Champions League on Tuesday night.

But, at the fear of sounding like a stuck record, it's consistency that United are lacking this season, hence why they went into the weekend in tenth place having failed to win as many games as they had won.

Last weekend, at home to West Brom, they were really poor, needing a twice-taken penalty to beat a solid Baggies outfit 1-0.

Punters might argue that Ole Gunnar Solaskjaer's men will benefit from Southampton's set-up which may actually play into United's hands as it did for Spurs, who won 5-2 at St Mary's.

However, the way Southampton play has been too good for quite a few teams this season. It's why they have won five out of their nine league matches.

And bettors should not assume that United will necessarily be able to take advantage of any chances they get through holes left at the back end by their hosts' ferocious pressing. On recent form there's no guarantee that they will.

Saints have proved difficult opponents for United over recent seasons with five of their last seven showdowns – including both last season – ending in draws and the stalemate is probably a fair runner again.

But Southampton are in good form, more than good enough to win, and are the better option with the safety net of the draw no bet.

Southampton are unbeaten in seven with five wins. Their last three home games have produced 2-0 successes. Danny Ings is out but Che Adams, after struggling to find his feet at the club, is now leading the line with authority.

Oriol Romeu is also having an outstanding season and will be critical in keeping tabs on Bruno Fernandes, who is so influential for United going forward.

Solskjaer may be tempted to play Marcus Rashford and Anthony Martial out wide and look for joy down the flanks – certainly Edinson Cavani looks a more potent option in the number nine role than Martial, who hasn't found the net in the league this season.