Misfiring Gunners could be sunk by Saints 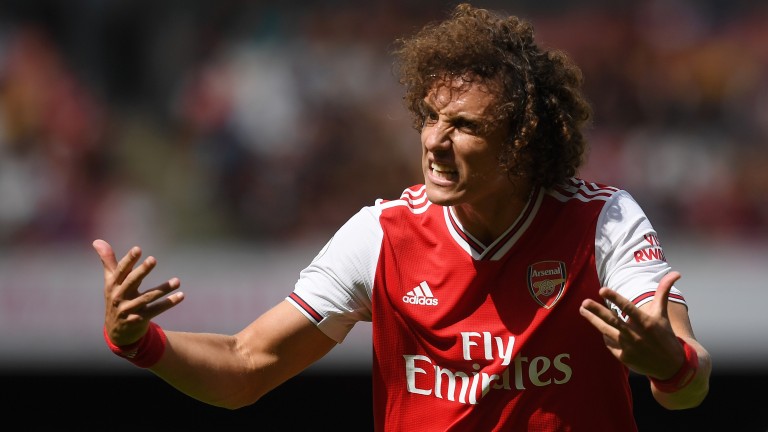 Southampton
Moussa Djenepo is suspended but striker Shane Long could be back in contention.

Arsenal
David Luiz is suspended and fellow defenders Pablo Mari, Calum Chambers and Cedric Soares are all injured. Lucas Torreira is out. Granit Xhaka and Sokratis are back in full training but this may come too soon for them.

Arsenal have suffered Premier League losses at Manchester City and Brighton since football returned and their season could go from bad to worse with a third away defeat in the space of eight days at Southampton.

The Gunners put in a laboured display against City at the Etihad, failing to register a shot on goal, while they were extremely wasteful at Brighton before being punished by an injury-time strike from Neal Maupay.

Injuries and suspensions are not making life any easier for rookie boss Mikel Arteta and it’s difficult to fancy their chances at St Mary’s, even if some punters are reeled in by their price.

Arsenal are 17-10 to win on the south coast - they were odds-on to win on league trips to Burnley and Crystal Palace earlier this calendar year - but those quotes are completely justified given their results on their travels and the fact they are missing key personnel.

The Gunners, just three points better off than Southampton in the standings, have won only two of their 15 away matches, with their road successes coming at Newcastle on the opening weekend of the season and troubled London rivals West Ham in December.

Defensively Arsenal are prone to mistakes - they have conceded 41 goals in 30 league games - and they are arguably more susceptible to being breached following an injury to number one shot-stopper Bernd Leno.

David Luiz, who picked up a red card at the Etihad, is suspended while Pablo Mari, Sokratis, Calum Chambers and Cedric Soares are all injured, leaving Shkodran Mustafi and Rob Holding as Arteta’s only two fit centre-backs.

Defensive protector Granit Xhaka is another doubt through injury which should give a more youthful look to the Gunners and adds extra importance to the performances of attacking talents Pierre-Emerick Aubameyang, Alexandre Lacazette and Nicolas Pepe.

There are fewer concerns surrounding Ralph Hasenhuttl’s improving Saints, who hit the ground running with a 3-0 win at bottom club Norwich last Friday, have played one game fewer and enjoyed an extra day’s rest.

Southampton finished strongly against the Canaries, looking fresh and full of running, and a depleted Arsenal defence must be fearing the worst against 16-goal striker Danny Ings.

The Saints were worthy of taking more than a point from November’s trip to the Emirates, when they won the shot count 21-12, and they can add to Arsenal’s woes.

Arsenal have won only one of their last 14 Premier League away games.

FIRST PUBLISHED 2:49PM, JUN 24 2020
The Gunners, just three points better off than Southampton in the standings, have won only two of their 15 away matches