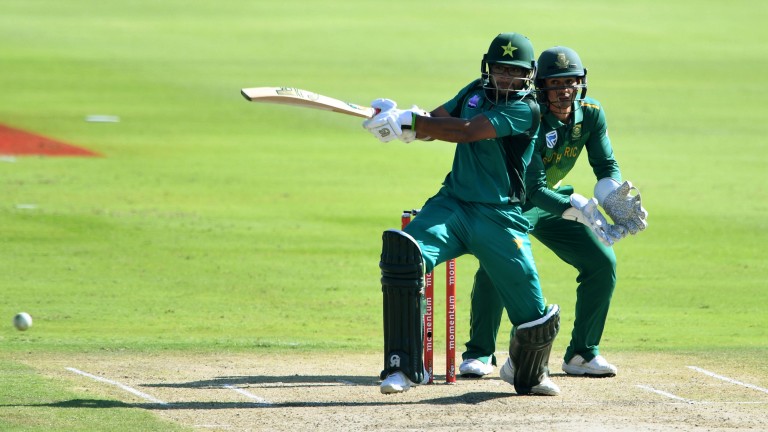 Imam-ul-Haq has been a key performer in Pakistan's ODI World Cup preparations
Gallo Images
1 of 1
By Liam Flin 8:00PM, JAN 29 2019

Pakistan levelled their one-day international series with South Africa in the absence of suspended skipper Sarfraz Ahmed and they are an enticing price to win the decisive match at the Newlands Cricket Ground.

The Men in Green’s penultimate ODI series before this summer’s World Cup is tied 2-2 after their eight-wicket demolition of the Proteas at the Wanderers Stadium and their batting depth can see them to a memorable triumph.

Imam-ul-Haq (71) and Fakhar Zaman (44) staved off South Africa’s opening bowlers Dale Steyn and Beuran Hendricks, who finished without a wicket between them, and such patient performances at the crease could prove to be the difference.

Pakistan racked up 317 runs in the third ODI, only to lose by virtue of Duckworth-Lewis method and, even when their top-order has faltered, the likes of Hasan Ali and Shadab Khan have bailed them out.

India are 3-0 up in their five-match ODI series with the Black Caps, having lost just nine wickets across their tour of New Zealand.

They have put on opening partnerships of 86, 153 and 90 in their three matches so far and can get off to a better start than Kane Williamson's men once again at Seddon Park.