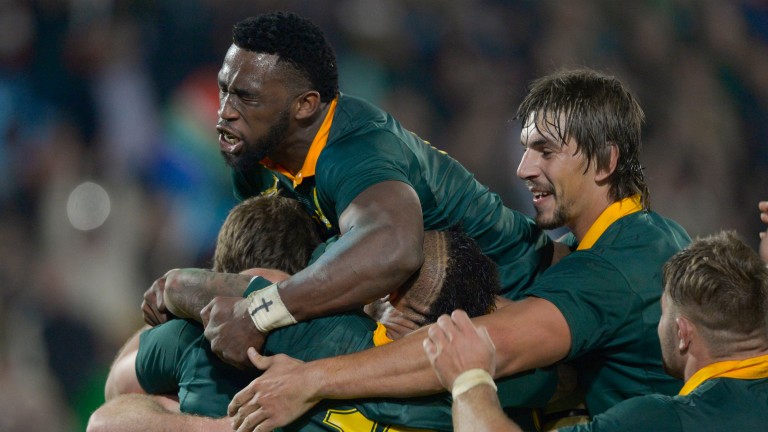 South Africa have lost their last two Tests in Cape Town and their head coach Rassie Erasmus has made five changes to his starting side safe in the knowledge that the series spoils are secure.

But they still look worth a wager to give up four points in claiming a third victory over England after 42-39 and 23-12 successes in Johannesburg and Bloemfontein.

The Springbok pack have bossed the Red Rose forwards at the set-piece and at the breakdown once they have found their footing in the first two clashes. Faf de Klerk is streets clear of Ben Youngs in the scrum-half stakes too.

And while coping with altitude in these areas is not going to be a factor for England at Newlands, only one Bok change has come up front and that is a recall for Chiliboy Ralepelle at hooker. Ralepelle is no rookie, he played Test rugby against the British & Irish Lions in 2009.

Skipper Siya Kolisi, fellow flanker Pieter-Steph du Toit and tighthead prop Frans Malherbe are current Stormers and will be running out on home turf, while domineering number eight Duane Vermuelen was a firm fan favourite at Newlands before switching to Toulon in 2015.

Among the replacements, there are two more Stormers forwards and another old boy in the recently-retired Schalk Brits. Picking Brits is not a sentimental thank you on the part of Erasmus for the inside info on the Saracens posse in particular and England as a whole. The Premiership’s greatest import was still a key cog in Sarries’ charge to Grand Final glory last month.

By contrast Eddie Jones has been forced to reshuffle his pack by the absence of the Vunipola brothers and illness to Brad Shields.
Loosehead prop Mako and number eight Billy Vunipola are England’s best ball-carriers and key to the efficacy of not only their scrums but defensive structures.

Erasmus is risking attacking fluidity by benching fly-half Handre Pollard and electric full-back Willie le Roux and revamping his centres but Elton Jantjies, Andre Esterhuizen and Jesse Kriel was his midfield against Wales in Washington DC last month when the fly-half channel was targeted, while full-back Warrick Gelant has scored seven Super Rugby tries this term.

This has not been a tour from hell for England, with their backs buzzing and exposing the South Africa defence on the flanks when in possession of quick ball, and it would be no surprise if Danny Cipriani delights at fly-half on his first start for ten years. They have not become a bad outfit because of five Test defeats on the trot.

However, it has been a trip of defined by bad luck, defensive frailty, ill-discipline and selectorial stubbornness and the rot may not stop at Newlands.