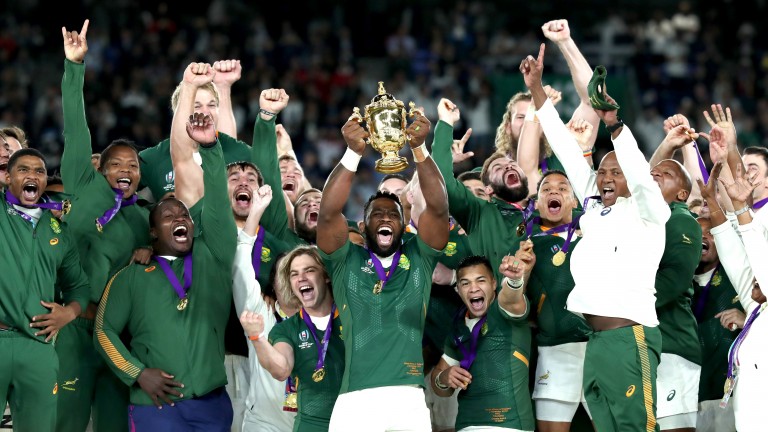 South Africa broke English hearts as they powered their way to a third Rugby World Cup triumph, beating favourites England 32-12 in the final in Yokohama.

Despite being dismissed as six-point underdogs by bookmakers, the Springboks dominated from start to finish in a ruthless display built on impenetrable defence and set-piece domination from their forwards.

Springboks fly-half Handre Pollard kicked 22 points and wingers Makazole Mapimpi - a 14-1 shot to score the first try - and Cheslin Kolbe both crossed for tries in the final quarter as South Africa ran out deserved winners by a 20-point margin.

South Africa were 4-1 second-favourites behind New Zealand to lift the William Webb Ellis Trophy before the tournament began.

In the week leading up to the final punters had been confident that England would replicate their dominant semi-final display against the All Blacks and had been backed down from 4-6 to 1-2 to become world champions for a second time.

However, they struggled to find any fluency with ball in hand with a number of handling errors and their forwards were constantly on the back foot.