Sonny Bill declared fit to line up for Blues against Lions

More intensity and physicality is the call from Gatland 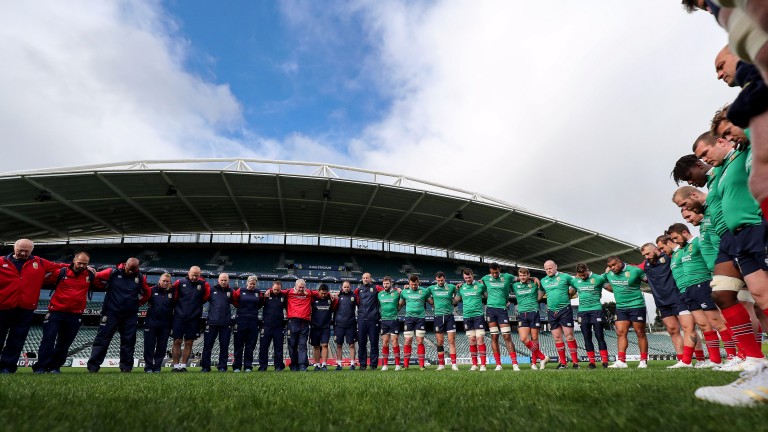 The Lions squad and management stand for a minute's silence in memory of the victims of the London Bridge attack
INPHO/Dan Sheridan
1 of 1
By Graham Woods 3:55PM, JUN 6 2017

Reports from New Zealand say Sonny Bill Williams has been cleared fit to run out for the Auckland Blues against the British & Irish Lions on Wednesday.

Two-time World Cup winner Williams has been struggling with a knee injury and made just six Super Rugby appearances since joining the Blues this season.

But New Zealand media outlet stuff.co.nz reported: "Williams passed all the necessary checks on his knee following Monday's main training hitout and Tuesday's captain's run to take his place in the Blues starting XV to face the British and Irish Lions at Eden Park on Wednesday night."

Williams' knee injury isn't the only factor that may affect his performance though as the player, who converted to Islam while living in the south of France in 2008, is currently fasting for Ramadan.

Williams made light of his religious observance this week, saying: "I find the fasting easiest with footy-based training and I push back the weights until I break the fast.

"Thank God in New Zealand, we’re in this part of the world as we only fast for nine or ten hours a day, in Europe it can be 16 or 18 hours."

With his powerful attacking style and one-handed offloads Williams is a huge presence in a Blues side that boasts a total of eight All Blacks. But there is inexperience in the ranks too, as Stephen Perofeta has been given the nod at fly-half just days after making his first appearance off the bench.

That was in the Blues' win over the Reds in Samoa on Friday, and Blues coach Tana Umaga has pointed out his teams' heavy schedule.

"There's no doubt it will be a challenging turnaround for us," he said. "In the last 30 days we have played four Super games in New Zealand, South Africa and Samoa and now the British and Irish Lions. But it is a special occasion and I hope the guys do themselves, their families and their club proud."

Lions coach Warren Gatland has called on his players to show more intensity and physicality as he named an all-new starting 15 from Saturday's underwhelming 13-7 victory over the New Zealand Provincial Barbarians.

The Lions have been tipped to cover a 5.5-point handicap at 10-11 - bet365 on Tuesday offered a five-point line at even money.