AB de Villiers back as Middlesex target a top-four finish 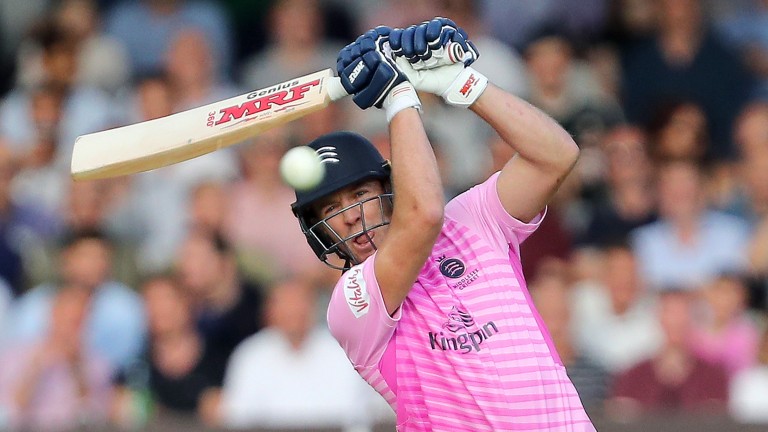 AB De Villiers has played some cracking innings for Middlesex this summer
James Chance
1 of 1
By James Milton 6:46PM, AUG 29 2019

The group stage of the T20 Blast concludes on Friday night and the battle for quarter-final places in the South Group is the major point of interest.

Sussex have steamed clear at the top but three points separated the next seven teams in the table before Thursday's fixtures and bookmakers are struggling to split top-four rivals Somerset and Middlesex in Friday's televised game at Taunton.

Middlesex, away to Hampshire on Thursday, are boosted by the return of South Africa star AB de Villiers and they are evens to see off a Somerset side who have captain Lewis Gregory back in the squad.

Lancashire, Nottinghamshire, Derbyshire and Worcestershire are assured of top-four spots in the North Group but Birmingham Bears can sign off their campaign with a home win over Yorkshire.

The Bears defeated Durham last time out with explosive young opener Ed Pollock returning to form with 77 off 45 balls and ace spinners Jeetan Patel and Chris Green can conjure up victory over a Yorkshire side who have disappointed this season.