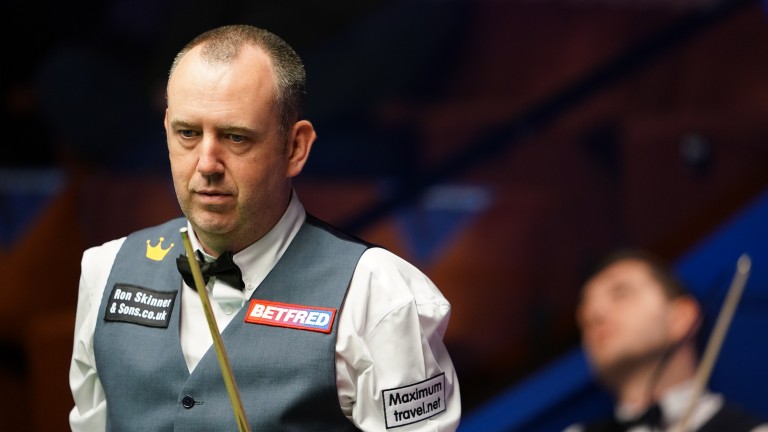 The Masters has been full of drama and final-frame action and today's semi-final between Mark Williams and Neil Robertson could be another match to go the distance.

The lively Alexandra Palace crowd have certainly had plenty to cheer and Williams' 6-5 quarter-final win over John Higgins was a classic.

Clearly, beating Higgins is always a tough task but the Welsh potting machine played beautifully to see off the Scot.

The Cwm cueman knocked in breaks of 66, 78, 91 and 116 in that last-eight clash, and the fact that Williams is scoring heavily when the opportunities arise, bodes well for his chances of making a fourth Masters final.

You can be certain that the laid-back Welshman won't shirk the chance at another major trophy and he looks to be playing well enough to cause Robertson problems.

Robbo improved on his first-round effort against Anthony McGill, to beat Ronnie O'Sullivan 6-4 in the quarters and it was a good display against a slighty below-par Rocket.

The Aussie has the class and scoring power to blow Williams away, but the Welshman is as tactically astute as they come and it's likely that Sprog will try to keep the frames as tight as he can.

It's difficult to keep Robbo quiet in every frame, but Williams should be able to secure enough table time to see this contest move past the 9.5-frame mark.

In the second semi-final, title favourite Judd Trump should have too much for Barry Hawkins.

The Hawk did well to sweep aside Mark Selby 6-1, but the Jester was in uncharacteristically poor form in their quarter-final and the Ace in the Pack could present a much tougher challenge for the London-born outsider.

Trump, a 6-1 victor over Kyren Wilson in the last eight, is a shade of odds-on to cross the line before Hawkins wins four frames.

And, with signs that the Bristolian may be returning to somewhere near his best, that bet may be worth having.