Bet on a break of 145 or more in Sheffield marathon 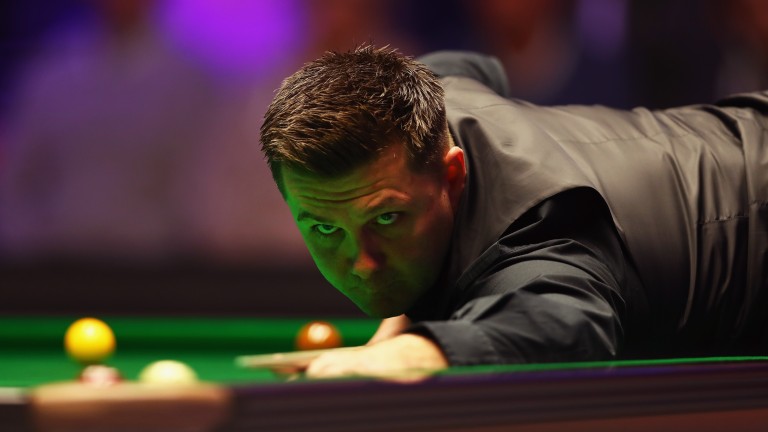 Ryan Day has hopes of winning his opener but a lot of lower-ranked players could struggle this year
Naomi Baker
1 of 1
By Adrian Humphries UPDATED 5:00PM, APR 20 2018

Crucible specials
A whopping eight seeds lost their Crucible openers in 2012, while seven top-16 players failed to progress past the first round in the Betfred World Champion­ship two years ago, but there are reasons for thinking the elite are less vulnerable in this year’s tournament.

The sponsors quote 10-11 that either six or more seeds fail to reach the last 16 and the same price that five seeds or fewer take an early bath.

With the standard of the qualifying competition being good without being stunningly brilliant, it could pay punters to place their faith in the big names shining in Sheffield this year.

Obviously, there are doubts over Marco Fu, who is only just returning after eye problems, while Gibraltar Open and Romania Masters champion Ryan Day is clearly striking the ball well enough to pose problems for Anthony McGill.

But a high number of seeds – among them Mark Selby, Ronnie O’Sullivan, Ding Junhui, John Higgins and Mark Williams – should all do the business in their openers and it’s possible that anyone hoping for six or more seeds to exit early could be reliant on those upsets coming from a group of about seven matches.

Four of the last seven World Championships have failed to yield a break higher than 143, but the belief is that’s an anomaly and a run of 145 or higher is expected in this year’s marathon.

Sometimes the pockets are a shade tighter than at other times and arena atmospherics also come into play. But if World Snooker cannot produce their best playing surfaces for the Crucible, then there’s something wrong with a sport which is always looking to show itself in the best light anyway.

On the subject of maximums, it’s six long years since Stephen Hendry made the last 147 at the Crucible. But with every year that passes, it seems that any of the 32 players due to enter the hallowed arena are more than capable of producing a perfect break. A maximum is 5-4 to happen with the Betfred.

The sponsors quote 4-5 about there being 80 or more century breaks made over the 17 days of the tournament.

That has happened twice in the last three years but only three times in the sport’s history. A high-quality event looks likely this year, but it’s difficult to be confident about until we see the playing conditions.