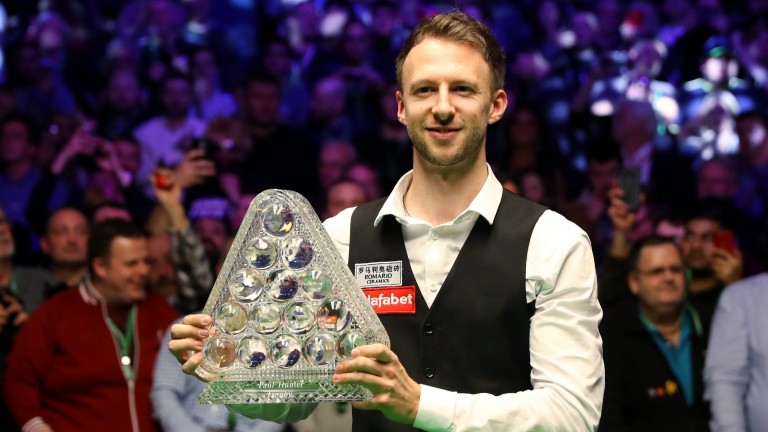 Masters champion Judd Trump got out of jail once again at the Crucible when fighting back from 6-3 down to pip Thepchaiya Un-Nooh 10-9 in his opener
Linnea Rheborg
1 of 1
By Dave Clark 8:00PM, MAR 18 2019

The new, lucrative Coral Cup series climaxes in Llandudno this week with the staging of the £150,000 Tour Championship.

Half of snooker's elite line up for this one with the top eight players on a one-year ranking system invited to take part.

Following on from the World Grand Prix and Players Championship, the FedEx Cup-style series concludes with highest earner over all three tournaments taking home the trophy, but the main event is the Tour Championship itself.

This event is played over an extended format and there are certainly fewer opportunities for shock results which punters of the green baize action have become accustomed to in recent years with the avalanche of tournaments settled over best-of-seven frames.

Unsurprisingly, the market is headed by Ronnie O'Sullivan, who has enjoyed a fine season having landed four tournaments, but preference is for the man who has twice beaten the Rocket in finals this season and secured three titles - Masters champion Judd Trump.

The 29-year-old's well documented switch to a more dedicated and disciplined approach has reaped just rewards and produced some sensational snooker.

World champion Mark Williams is the first opponent for Trump. Although the Ace in the Pack lost 6-1 in their most recent meeting in the German Masters last month, Trump boasts a healthy record against the Welshman with four wins in their last six ranking rumbles.

If Trump and O'Sullivan prevail as expected in their best-of-17 first-round matches, a semi-final showdown between the two over 19 frames could well decide the title and the Bristolian is the better value.

In the other half of the draw the man to beat is recent Welsh Open victor Neil Robertson, who has looked rejuvenated in recent weeks and back to somewhere near his best.

Heavy scoring and clinical clearances are what the Australian is all about and he will be a tough opening match for current world number one Mark Selby, who has been out of sorts this season and is in real danger of losing his place at the summit of the rankings.

Selby has held the number one spot for 49 consecutive months, but has had his lead slashed to just £71,725 by O'Sullivan.

The Jester will need to turn his form around if he is to have any chance of landing a fourth world title this year, but he’s a tough cookie who remains perfectly capable of stepping things up.