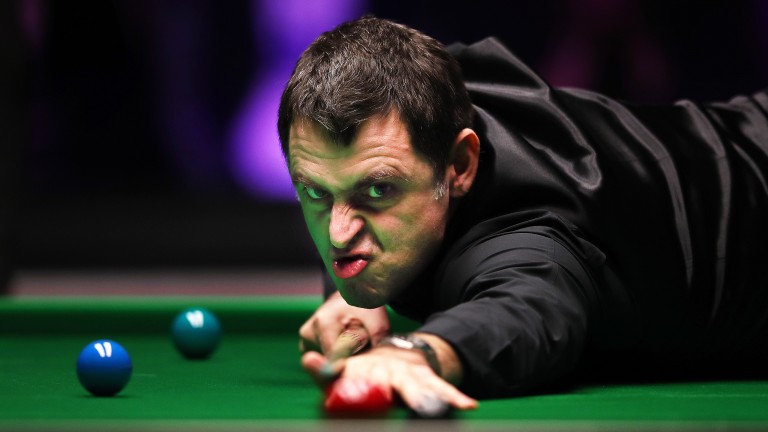 Preview, tips and analysis for day three of the 2020 Betfred World Championship snooker at the Crucible Theatre, Sheffield on Sunday.

BBC & Eurosport, from 10am Sunday

Ronnie O’Sullivan and Thepchaiya Un-Nooh are the two quickest players on the tour and punters can expect fireworks from the off in a Betfred World Championship first-round clash that has snooker fans salivating.

Five-time champion O’Sullivan has failed to fire in his recent stints in Sheffield - he has not gone beyond the quarter-finals since finishing runner-up to Mark Selby in 2014 - and he was stunned by amateur James Cahill in the opening round last year.

The Rocket is at his most dangerous when allowed to flow, so should relish a test against speed merchant Un-Nooh, but his recent exploits in Sheffield suggest this could be a closer contest than the betting implies.

The talented Thai has suffered first-round exits in his two Crucible visits, but there was little shame in a 10-7 defeat to runner-up John Higgins in 2018 and he forced reigning champion Judd Trump to a final-frame decider last year.

Many believe Neil Robertson is the man most likely to prosper if Trump slips up in his title defence but the draw hasn’t been kind to the Aussie, who faces a tricky opener against Liang Wenbo.

It has been ten years since Robertson claimed his sole world crown but he has roared back to his best, claiming four ranking titles in the last 18 months.

Robertson thumped qualifier Michael Georgiou 10-1 in the opening round last year but Wenbo is a seasoned professional who showed his class with a run to the quarter-finals of the UK Championship in December and is a different proposition.

Wenbo’s 10-9 win over Fergal O’Brien in his final qualifier was overshadowed by an undeclared foul in the decider, but the 141 which followed was a moment of brilliance and breaks like that make him a tough competitor.

Robertson should prevail but Wenbo, a ranking-event winner with a good temperament, isn’t the type of player to be bowled over.

Crucible debutant Elliot Slessor barely broke sweat in coming through his three qualifiers and the gutsy Geordie can serve it up to 16th seed Yan Bingtao.

Slessor dropped just six frames in outclassing Antoni Kowalski, Ben Woollaston and Michael O’Donnell, where he ran out a decisive 10-3 winner despite losing three of the first four frames.

This is very much new terrority for Slessor but the absence of a crowd takes away a lot of the pressure and he is scoring well enough - he made four centuries across his three qualifying wins - to give Bingtao some cause for concern.

The Chinese cueman is a rapid improver who has claimed silverware in Riga and reached the semi-finals of the UK Championship this season, but his bad days are as frequent as his good ones and this is just his second appearance at the Crucible.

Bingtao’s ability may carry him over line but a battle-hardened Slessor won’t give up without a fight and he is capable of offering stiff resistance.