Morton and Edinburgh City are Mark Walker's other selections 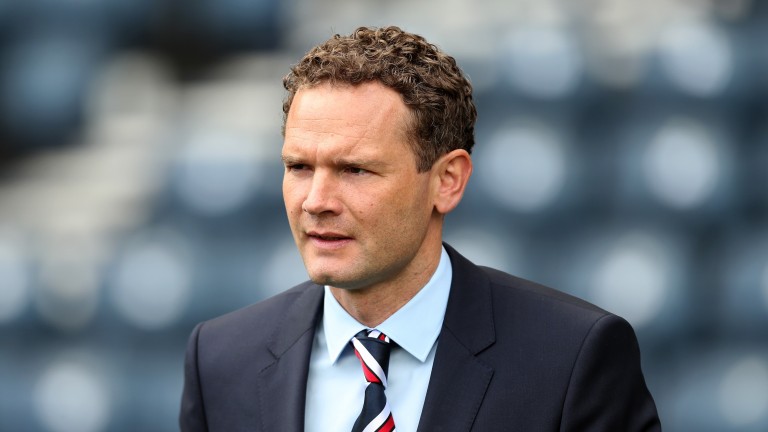 Arbroath have made an impressive start to the season in Ladbrokes League One and they can continue their winning form by snatching three points at Stenhousemuir.

The Gayfield outfit sit proudly on top of the league and have lost just once in 12 games all season, at Ladbrokes Championship side Alloa.

Veteran forward Bobby Linn will reach double figures for the season if he scores at Ochilview, but the Red Lichties rarely have a problem finding the net. They have notched three goals in three of their last four games.

Stenny are better at home, but look like they will face a huge battle to stay in the league after their playoff promotion last season.

And Dick Campbell's men should be still be top of the league on Saturday night.

Morton are again under new management after Jonatan Johansson took charge at Cappielow and they can get the Finn his first win against Dunfermline, who appear to be in freefall.

The Greenock side were seconds away from winning at Tannadice last week against Dundee United on the former Rangers coach's bow.

And they will fancy their chances of defeating a Pars side who have been on the slide.

After starting the season like a house on fire following five wins in a row, they haven't won in the league since the opening day of the season.

They haven't managed to even net in their last three matches, including one at National League side Boreham Wood in the Scottish Challenge Cup, and they seem to be suffering from a crisis of confidence.

Morton, who are boosted by the return of dangerous striker Denny Johnstone, are better than their Ladbrokes Championship position suggests and can give Johansson his first victory as manager.

Edinburgh City continue to impress in Ladbrokes League Two and, for now anyway, continue to be overlooked by bookmakers.

They travel to face a Queen's Park side who have lost their iconic stadium and their manager within the space of a few days.

The Glasgow amateurs sold Hampden Park to the SFA for £5 million and will vacate the old ground in 2020 and settle next door at Lesser Hampden.

Manager Gus MacPherson opted to return to his previous club St Mirren as technical director too.

None of that matters to the capital club, who continue to rattle along nicely under the radar. They are well organised, can score and a trip to the National Stadium should hold no fears at a generous price.