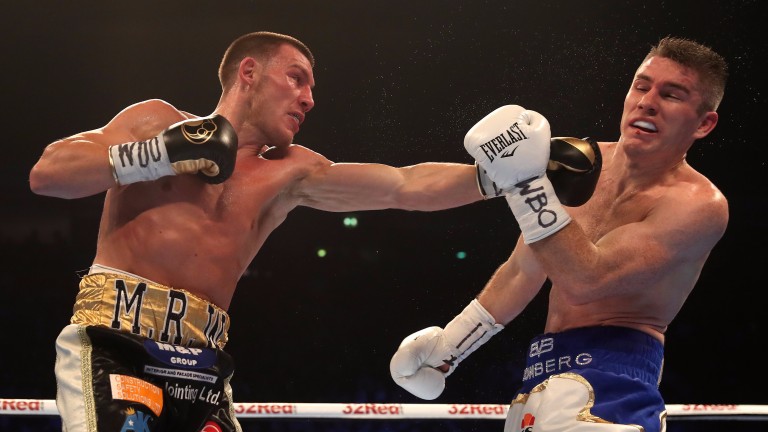 The battle of the Liams resumes at the Metro Radio Arena in Newcastle after their original skirmish in April left more questions than answers, and another hard-fought grind looks highly likely.

The promoters are using the tagline 'No ifs no buts' for the rematch but that could be wishful thinking as the two fighters are as well matched as their first names suggest.

The first fight may not have provided a conclusive answer to who is the better - Liam Smith won after Liam Williams was forced to retire at the end of the ninth round after a clash of heads caused a double laceration to the right eyelid - but the fight didn't lack drama.

Williams started the better and cut Smith with a punch in the third round. He seemed to be controlling the fight more effectively, but appeared to be tiring in the eighth and Smith, with blood splattered across his face, started to pour on the pressure in the ninth before the injury to Williams robbed fans of a satisfactory conclusion.

At the time of the stoppage Williams was ahead by one round on all three of the judges' scorecards, but Smith prides himself on being a strong 12-round fighter and feels he was beginning to dominate just as the fight was stopped.

Williams demonstrated his ability to boss Smith in patches, but can he do it consistently and maintain it for 12 rounds?

He starts as a marginal favourite, but Smith - who challenged Canelo Alvarez last year for a world title - has the greater experience and looks decent value at a shade of odds-against.

Later in New York, British promoter Eddie Hearn is dipping his toes into the American market with the signing of former world middleweight champ Danny Jacobs, who is taking on unbeaten prospect Luis Arias (Sky Sports Main Event, from 2.30am).

Arias has been very vocal in saying he will knock out Jacobs, but nine KOs from 18 wins is unlikely to scare a man who took Gennady Golovkin to 12 rounds earlier this year.

Likeable and articulate, Jacobs possesses a far better KO ratio, with 29 of his 32 wins coming inside the distance and has a vast amount of experience. He says Arias will understand all about levels on the night and he is probably right, so take Jacobs to win by stoppage.