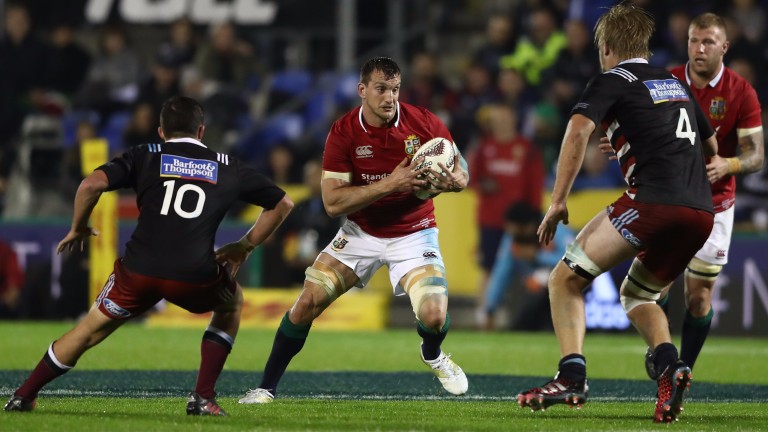 The Lions were chalked up as 35-point handicap favourites for their tour opener against a representative team drawn from second-tier rugby but looked sluggish and rusty as they laboured to a narrow victory.

Travel, jetlag and lack of preparation will all have played a part and Warren Gatland's men will no doubt sharpen up after this outing, and as head coach Gatland pointed out after the game, they were held up over the line four times, created openings and missed two shots at goal.

The hosts led 7-3 at the break and Anthony Watson's second-half try proved the matchwinner.

Starting fly-half Jonathan Sexton struggled to get the team moving and he was withdrawn with more than half an hour to go. The Lions looked more direct with Owen Farrell stepping in at number ten and the Saracens fly-half has been cut to start ahead of Sexton in the first Test on June 24.

Ireland's Sexton, who started all three Tests in 2009, had been an odds-on shot but is now 11-10 with Sky Bet with Farrell the same price and Dan Biggar the 6-1 outsider.

If Farrell should start at ten, and not wearing number 12 as he has done for England, it opens the door for another centre to step up and Ben Te'o performed well on his debut. He is 4-1 with Sky Bet for a starting role in the first Test.

Others who put down a solid marker were number eight Taulupe Faletau, who carried and tackled well, while England lock George Kruis made a noticeable difference to the line-out when he came on in the second half.

Next up for the Lions are Super Rugby side the Blues in Auckland on Wednesday. The handicap is set at eight or nine points.