Slow-starting Jets may struggle to land a blow 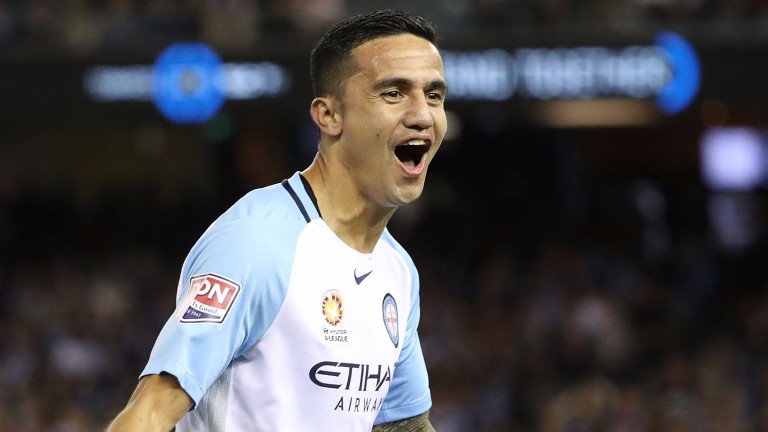 Melbourne City have had a mixed start to the A-League title race – winning three and losing two of their five games – but look solid 2-5 favourites to beat seventh-placed Newcastle Jets at AAMI Park.

Since coming under the umbrella of City Football Group in 2014 there has been a steady improvement in Melbourne City’s results.

They finished fourth last term and are hopeful of doing better after enhancing the quality of their squad with 12 new signings.

Nine of the fresh intake have been involved in the opening five games and one of the most high profile – Australian international Tim Cahill – become an immediate fan favourite after scoring a stunning goal in last month’s 4-1 success at Melbourne Victory.

City should get better as their new players get used to playing with each other and expectations are high with layers making them 4-1 second favourites in the title race, only slightly longer than 3-1 favourites Sydney FC, who have taken 15 points from a possible 15.

Newcastle finished second bottom last term and their bright start to this season has faded with back-to-back defeats at home to Sydney (2-0) and away to Wellington Phoenix (2-0).

The second of those defeats will have been especially concerning because Wellington had gone into the match seeking to avoid a fifth successive defeat.

Newcastle paid the price for making slow starts in both of those games. They trailed after eight minutes against Sydney and were 2-0 down at the break against Wellington and a similar scenario could play out today.

City are likely to exert an early grip on the contest and the City-City half-time full-time wager looks tempting at 21-20.