Serbian can stop Flying Scotsman in his tracks 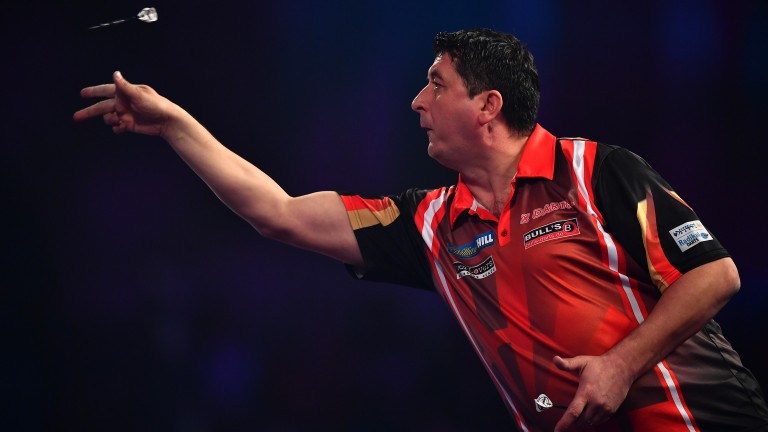 It should be child’s play for new dad Michael van Gerwen in Cardiff this weekend when the Dutchman tops the bill at the Champions League.

Van Gerwen heads an eight-man field at the Motorpoint Arena and punters will find the Dutchman hard to resist at 5-6.

The event sees the eight split into two groups of four, round-robin matches of 19 legs with the top two in each group in the semis on Sunday evening.

Van Gerwen, who became a father for the first time just a week after lucklessly losing to Phil Taylor at the World Matchplay in Blackpool, has played in just two events since – the Dutch and German Masters – and won them both.

He didn’t play well at the Winter Gardens in defeat to The Power, who was the winner of the inaugural running of this event 12 months ago, beating the Green Machine in the final. But that Blackpool showdown saw the crowd turn on Van Gerwen and Taylor, fairly gracelessly, exploited the situation. That won’t happen in Cardiff.

Clearly cases can be made for all of the eight. Van Gerwen is actually in the tougher group – alongside Taylor, Adrian Lewis and Raymond van Barneveld – and Jackpot looks a bit of value at 2-1 to qualify.

Lewis, who is celebrating the birth of his third child, didn’t play for six weeks before going to Blackpool because of a back injury yet reached the semis. He hasn’t picked up an arrer in anger since the following surgery but seems to go well fresh.

The first four group games are on Saturday afternoon and Mensur Suljovic is a big price to take down Gary Anderson.

Anderson isn’t always the most convincing of starters in a tournament and if there’s one player who can get under his skin, it’s Suljovic. They have met four times and have won two apiece, with the Austrian winning their only previous meeting on the telly.

Peter Wright and Dave Chisnall make up the quartet and since one win might be all it takes to qualify, Suljovic is again worthy of support.