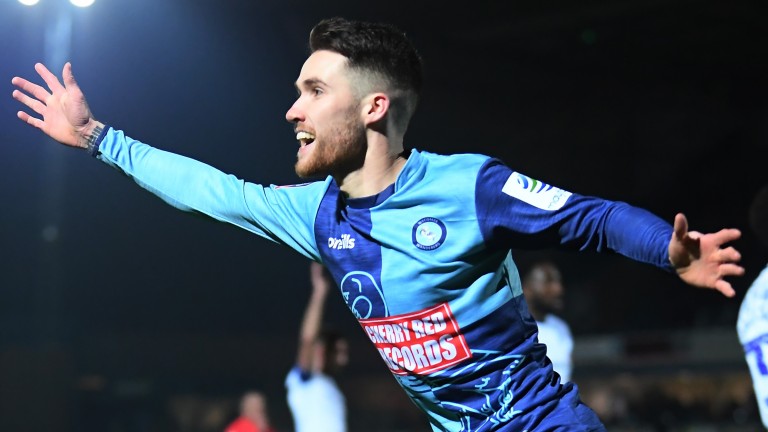 Wycombe Wanderers, like Liverpool in the Premier League, are blazing a mighty fine trail at the head of their section as they bid to pull off one of the most unlikely title wins Sky Bet League One has ever witnessed.

Where the Chairboys differ from Liverpool, however, is in what layers and many punters presume might happen to them from now on.

When Jurgen Klopp’s league leaders went eight points clear less than a month ago they were no better than 2-5 to go on to glory. Wycombe are currently seven points in front, yet aren’t even favourites with one or two firms.

That’s understandable when you recall that before a ball had been kicked in anger only two clubs were longer odds than Wycombe to win the league – and they both had 12-point deductions. Also, their closest pursuers are Ipswich and Peterborough, who were expected to be contenders.

Peterborough are one of our pre-season selections – Portsmouth the other – and we can continue to have faith in Darren Ferguson’s side.

But what of Wycombe? Presumably, if punters thought at any stage over the autumn that they were the real deal - and many would have when, already going well, their debts were cleared and new money was pumped in from the pockets of US businessman and majority shareholder Rob Couhig - they would have taken the fancy prices.

It’s all quite reminiscent of 2017-18 when unfancied Shrewsbury marched to the top. The difference then was that the Shrews were being hounded, and were eventually lapped, by a pair of in-form giants in Wigan and Blackburn.

The sides chasing Gareth Ainsworth’s pacesetters are showing so little consistency that it’s not obvious to identify a team who could conceivably go on a second-half blitz.

Bristol Rovers are the most in-form of the lot, though there’s suddenly a huge question over them following manager Graham Coughlan’s unexpected exit to Mansfield. There’s also the real possibility that top-scorer Jonson Clarke-Harris will go in January, though that spectre isn’t unique to the Gas. Peterborough have slapped a £13 million “hands-off” price tag on striker Ivan Toney and other clubs will also have an anxious month fending off interest in some of the division’s superstars.

There isn’t a Wigan or a Blackburn this season and with Sunderland flatlining there still look to be a few each-way punts to be had. Blackpool, for example, at a mighty 28-1.

Simon Grayson’s men are going very well. They have lost just once – at home to another genuine threat in Rotherham – since September.

The horrors of the Oyston era are gone and Grayson always looked a good appointment for them. He has won promotion with four different clubs so knows what is needed.

He has started with a solid defensive base – expect January bids to keep loanees Jak Alnwick and Ben Heneghan at Bloomfield Road – banked on the experience and class of key man Jay Spearing and given an array of strikers a chance to flourish.

He has been linked with the Sunderland duo Will Grigg and Aiden McGeady, an indication that there’s money to spend and, if it is spent well, a top-three target should be their minimum aspiration.