Leeds United should be buzzing at Brentford 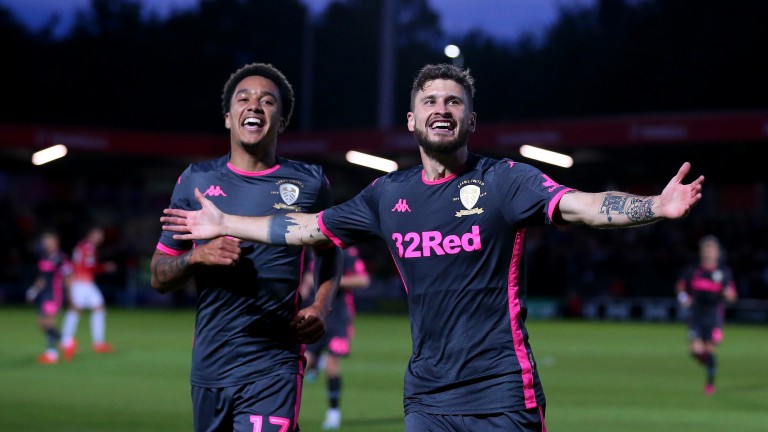 Huddersfield jumped first, ditching Jan Siewert after just three games and entrusting Mark Hudson with getting a tune out of the Terriers.

A new approach is pretty much guaranteed, which doesn't make assessing their chances at Cardiff an easy thing to do.

Neither side have started well and both matches between them in the Premier League last season ended 0-0, so another close encounter could be on the cards.

Millwall's start to the season may have surprised many but there's no fluke about their lofty position.

Defensively the Lions look superb but they will have to be at Fulham, who have bossed all three of their matches since relegation, winning the last two.

Five out of the teams' six combined matches have produced two goals or fewer and another low-scorer is on the cards at the Cottage.

Leeds have been mightily impressive with a pair of dominant away wins and a 1-1 draw at home to Nottingham Forest in a match they should have put to bed long before Forest equalised.

Brentford's win at Middlesbrough shows what the Bees are capable of, though that 1-0 triumph probably said as much about Boro as it did Brentford, who have failed to win any of their other three league and cup ties.

It's probably not going to be dull watching either QPR or Swansea this season, two teams who are being rebuilt under new managers.

Rangers' four league and cup matches this season have produced 13 goals and they look as ordinary defensively as they do sharp up front. Swansea's four outings have yielded 12 goals under new gaffer Steve Cooper. Both meetings produced goals last season and the same is envisaged.

Reading are up and running courtesy of a thumping 3-0 success over Cardiff but that won't in any way make them complacent as they head for The Hawthorns, where they were trounced 4-0 last season.

The Baggies, even after losing a couple of key strikers in the summer, still have the look of a top-six side about them and the addition of Charlie Austin looks a massive plus. He has scored bags of goals at this level and can become a star for the Baggies.