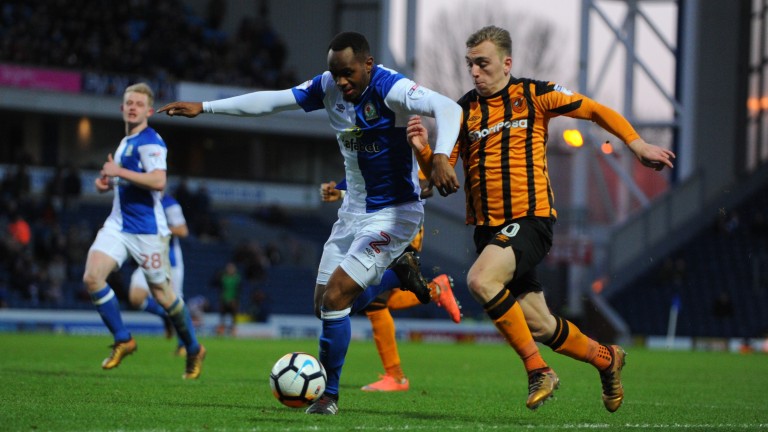 Blackburn nicked three points away to Hull one year ago this month but the Tigers can exact their revenge when Rovers return to the Kcom Stadium in the Sky Bet Championship.

City conducted some good business on the cheap this summer, bringing in Ryan Tafazolli and Tom Eaves on free transfers and snapping up promising youngsters George Honeyman and Leonardo Lopes.

Those deals have translated into four points from their opening three league assignments, the latest of which ended 1-1 away to Brentford.

The Tigers were arguably the better side in that meeting with a team expected to push for the playoffs this term, winning the shot count 20-15 away to the Bees.

Grant McCann was waxing lyrical about his team's performance at Griffin Park and he believed they deserved maximum points after suggesting Brentford's late equaliser from Ollie Watkins was offside.

Hull's attacking depth renders them a team to be cautious of this season and they have mustered at least ten shots in each of their opening four matches in the Championship and EFL Cup.

Jarrod Bowen and Kamil Grosicki provide them with excellent width, which could test a Blackburn side who have an unfavourable record on the road.

Rovers registered their first win of the season on Saturday, beating Middlesbrough 1-0 at home courtesy of a Danny Graham penalty.

It was a performance typical of a Tony Mowbray team but Blackburn have struggled to emulate such defensive solidity in their away matches.

They lost their only away league fixture of the season to Fulham 2-0, having won only six of their 23 matches away from Ewood Park last term.

Hull, meanwhile, lost only six games at home last season, beating the likes of West Brom and Brentford and holding champions Norwich and a decent Bristol City outfit to stalemates.

McCann has since taken the reins from Nigel Adkins and he also enjoyed a good home record with Doncaster, who lost only three times on home soil in 2018-19.

Recent form and performances point to a Hull win but punters should also look at the top of the market for a solid first-goalscorer selection.

The Tigers were labelled as potential relegation candidates after rumours suggested Bowen could leave the club but he has stayed put and already notched twice in the league this season.

Bowen has averaged nearly five shots per game in their opening trio of fixtures. Like Grosicki, his pace and trickery should unsettle Blackburn's defence in open play and the fact that he takes Hull's penalties only enhances his appeal in the market.

Key stat
Hull failed to score in only five of their 23 home league matches last season.