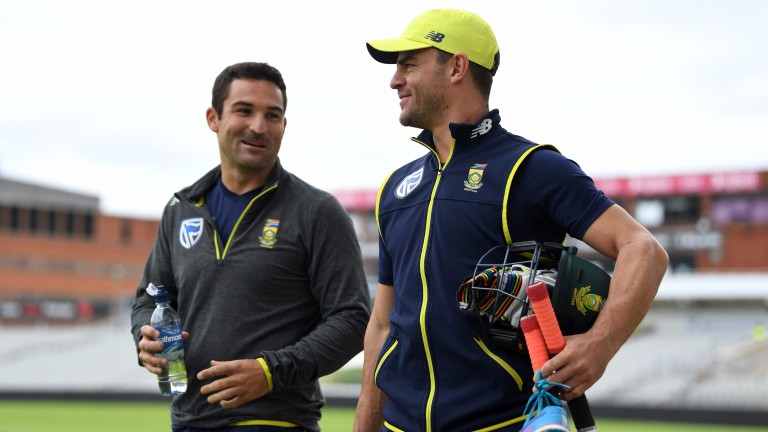 England and South Africa have traded batting collapses in the first three Test matches, leaving the home side to take a 2-1 lead into the fourth and final match at Old Trafford.

England were in the same position last summer, when Pakistan won the fourth Test to square the series 2-2, but they are 11-10 to seal the deal with a victory in Manchester.

Those odds make limited appeal given the significance of the toss – the first three matches have all been won by the team who chose to bat first, by margins of 211, 340 and 239 runs.

South Africa have to be aggressive, particularly with heavy rain forecast for the last two days, and Faf du Plessis – twice dismissed without playing a shot in the third Test – is 11-4 to lead his side to a share of the series spoils.

Best bets
England have enjoyed their infrequent Test visits to Manchester recently, thumping India by an innings and 54 runs in 2014 and beating Pakistan by 330 runs last year.

Joe Root's scores in those two matches were 77, 254 and 71 not out (off just 48 balls) and the Yorkshireman can continue to dazzle Lancastrian cricket fans as England captain.

The extra responsibility doesn’t seem to have affected Root’s batting – he is well clear at the top of the series batting charts with 360 runs, having made 190 in his first innings as skipper.

At 3-1, Root is an appealing bet to top-score in England's first innings and he could also celebrate some early success when the Proteas bat. Sky Bet’s line for South Africa’s first-wicket partnership is 27.5 – it’s as low as 24.5 elsewhere.

Opener Heino Kuhn is expected to keep his place despite scoring just 78 runs in his six innings and the tourists’ first wicket has fallen at ten, 18 and 18 in their three first innings in the series.

Kuhn and Dean Elgar may struggle to improve on that record at a ground where the average opening stand in this summer’s County Championship games is just 16.9.

James Anderson and Stuart Broad reduced India to 8-4 in their first innings in 2014 while Pakistan’s openers put on 27 and seven at Old Trafford last summer.

South Africa to have first-innings opening partnership of under 27.5 runs 3pts 10-11 Sky Bet

Venue
Old Trafford hosts only its fourth Test since 2010 but England have a superb recent record there, winning eight of their last ten and drawing with Australia in the other two.

Pitches in Manchester traditionally offer assistance to the spinners although Pakistan leggie Yasir Shah ended up with match figures of 1-266 last year.

Team news
Steven Finn and Liam Dawson are options if England choose to freshen up their bowling attack but Mark Wood (heel) is out.

Vernon Philander has recovered from the virus that afflicted him at The Oval but has been troubled by back spasms while opener Kuhn and all-rounder Chris Morris are set to keep their places despite disappointing displays in the third Test.

Weather
Light showers are forecast for the first two mornings before a cloudy but dry third day and heavier rain on the final two days of the Test.