Size of the occasion looks to be getting to hosts 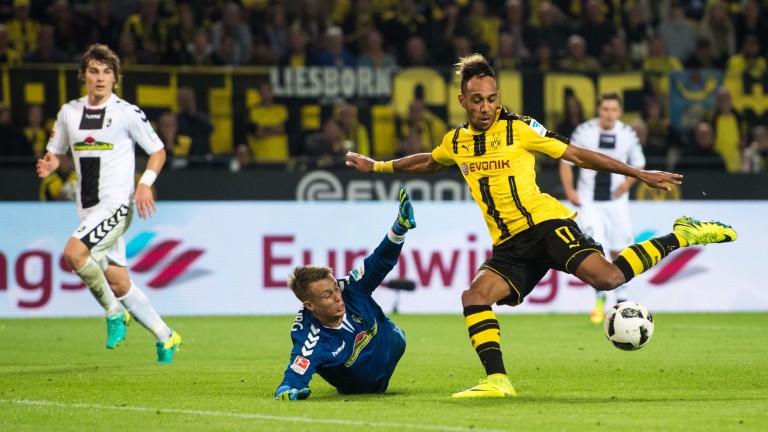 Gabon v Burkina Faso
Eurosport, 4pm
The pressure, according to Pierre-Emerick Aubameyang, got to hosts Gabon in their opener against Guinea-Bissau – so what’s to say that won’t happen again at the Stade de l’Amitie?

Aubameyang’s goal for Gabon on Saturday was the highlight of a tepid effort from the Panthers.

Dortmund ace Aubameyang was right that his team-mates seemed almost frozen by the magnitude of the event and you would expect an improvement.

But Burkina Faso looked a decent enough outfit in their own 1-1 draw against Cameroon, a game every bit as dull as the one that went before it.

Coach Paulo Duarte said his men were flummoxed by a change in formation from Cameroon but the Stallions still did enough to earn the draw.

Cameroon v Guinea-Bissau
Eurosport, 7pm
Four 1-1 draws in their last five fixtures suggests Cameroon are pretty good at avoiding defeat but probably not a side you’d want to have big bucks riding on at short odds.

They are strong favourites to see off Group A outsiders Guinea-Bissau despite little in Saturday’s action to indicate they should be.

The Indomitable Lions are a long way from full strength in Gabon, and they looked nothing special against Burkina Faso.

Guinea-Bissau, in contrast, were thrilled with their point against Gabon and there’s a feelgood factor with the debutants, especially as the players got paid on the eve of the finals.

Both previous matches between the countries ended 1-0 to Cameroon and on the evidence of what we witnessed at the weekend, goals could well be scarce again.

Cameroon ought to have the class to see off Barico Cande’s lightweights but don’t expect a feast of goals.