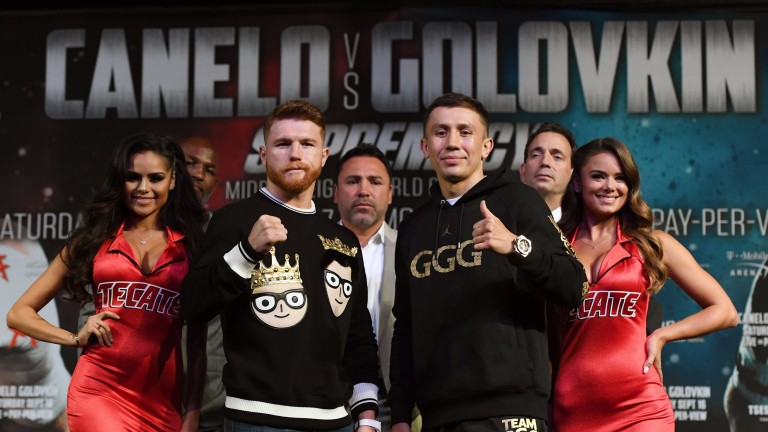 It has been called the biggest clash at middleweight since Hagler v Hearns, and while some superfights fail to match up to their billing this is one contest which should live up to the hype.

Most boxing fans would have Gennady Golovkin and Saul 'Canelo' Alvarez near, if not at the top, of their pound-for-pound list and experts are split down the middle when it comes to picking a winner, while Golovkin is a narrow favourite in the betting.

What is certain is that the careers of both men will be defined by this fight. A combined record of 86-1 speaks for itself - the only fight either man has lost came when a 23-year-old Canelo was outsmarted over 12 rounds by Floyd Mayweather, but his performances in the four years since suggest he has improved significantly.

Golovkin is possibly the most feared puncher in the sport, and up until his last fight with Daniel Jacobs, which he won via a close decision, he was on a 23-fight KO streak.

Some have suggested that his struggle against Jacobs is a sign that age is starting to catch up to the 35-year-old Kazakh, but that may be the wrong conclusion. Jacobs is a talented fighter with good footwork and an awkward style, and he would be tough opponent for anyone.

Likewise many people have jumped on Canelo's last fight - a 12-round shutout against fellow Mexican Julio Cesar Chavez Jnr - as proof of his brilliance, but in reality Chavez Jnr has never lived up to his famous boxing name and is not a top-ten middleweight - boxrec.com have Chavez at number 15 in their middleweight rankings.

The problem for Canelo is that while he is undoubtedly a great fighter he is used to taking on boxers from lower weight classes. He has never been in with a hard-hitting middleweight before, and Golovkin hits harder than anyone.

Stopping the likes of Amir Khan - who jumped up two weight divisions to take on Canelo - and Liam Smith is great, but Erislandy Lara, Miguel Cotto and Chavez Jnr all went the distance with him and that suggests he will struggle to hurt Triple G, who has proven he has a great chin against much bigger guys in the past.

Canelo's best chance is to outbox his opponent and win on the scorecards, which is very possible. If Golovkin cannot finish him - and Canelo has rarely been rocked in his entire career - he has the skills to impress the judges and Triple G often neglects his defence to land power shots.

But if Golovkin does connect with his big shots the Mexican's gameplan could go out of the window, and unlike Jacobs, Canelo's front-foot style should suit Triple G perfectly.

It's a fascinating match up but Golovkin is bigger and more powerful, and he can stop Alvarez in the second half of the fight.