Sixes appeal when Rajasthan Royals host KKR in the IPL 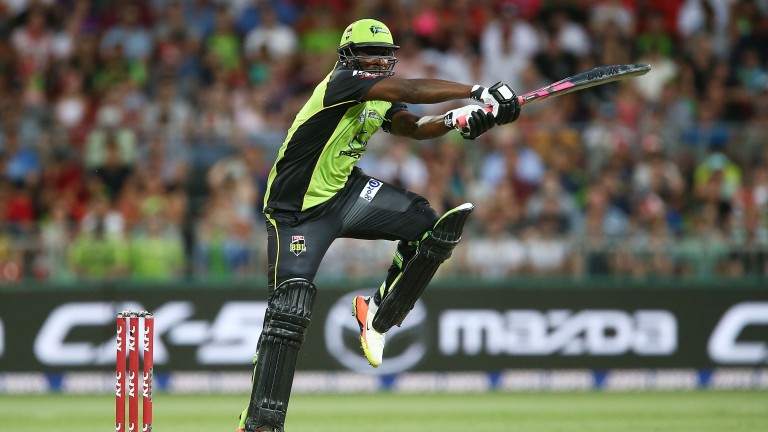 Rajasthan Royals and Kolkata Knight Riders possess some of the most destructive hitters in the Indian Premier League and it's worth banking on a flurry of sixes when the teams do battle in Jaipur.

Both sides have started IPL 2018 in decent form. Rajasthan have won two of their opening three matches since returning from a two-year suspension while Kolkata have won two and lost two already this season.

This will be the Knight Riders' third match in five days following a defeat in Hyderabad and a home victory over Delhi and their busy early schedule could take a toll, so Rajasthan may prove decent value at odds-against.

But, in a closely-matched contest, backing over 12.5 maximums could be the route to success.

The Royals count leading Big Bash runscorer D'Arcy Short among their ranks, although the Australian is yet to catch fire in his debut IPL season, and they can also call on Ben Stokes, Jos Buttler, Rahul Tripathi and Sanju Samson, who clubbed ten sixes to help his team beat Bangalore on Sunday.

KKR can turn to Chris Lynn, who looks on the verge of a big score, Nitish Rana, Sunil Narine and the in-form Andre Russell - the powerful Jamaican has already cleared the ropes 19 times this season.

Rajasthan have won their only home game since their return, beating Delhi in a rain-affected match in which eight sixes were scored despite just 23.5 overs being bowled. With no rain forecast in Jaipur, that total should easily be eclipsed.