Sixers may be rattled by Johnson 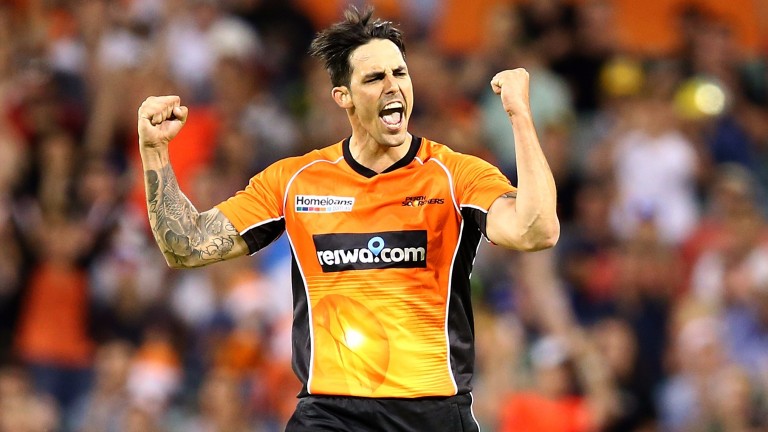 Perth Scorchers made a serene start to their Big Bash campaign with a 48-run win over Adelaide at the Waca on Friday and bookmakers make them firm favourites for tomorrow’s clash with the Sixers in Sydney.

Former England international Ian Bell starred with the bat as he compiled a classy 61 on his BBL debut but it was a teammate the Warwickshire man is more accustomed to facing who really shone.

England’s perennial tormentor-in-chief Mitchell Johnson was at his fearsome best, leading the Scorchers’ bowling attack with three wickets as the Strikers wilted in the face of Perth’s daunting seam attack.

Combined with fellow left-armer David Willey and promising quick Jhye Richardson plus all-rounders Mitchell Marsh and Ashton Agar, Perth have one of, if not the best, bowling unit in the competition. But make no mistake, Johnson is undoubtedly the leader of the pack and he could well have another big say on proceedings at the SCG.

At 7-2 back the Aussie ace to be Perth’s leading wicket-taker for the second game running.